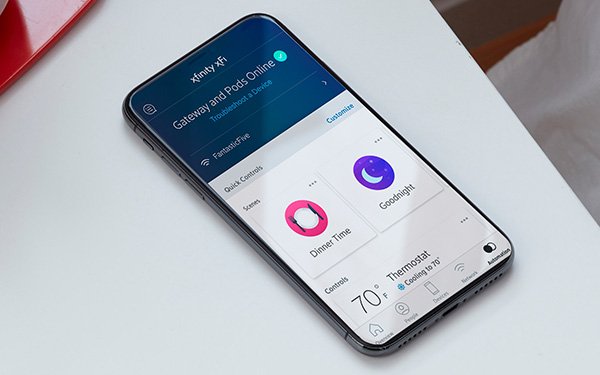 At CES last year, there were many smart home devices introduced.

However, many of the devices were one-function oriented, such as a smart light or a smart thermostat.

At CES in Las Vegas this year, companies are launching systems that glue all of this together.

In a major step in this direction, Comcast Xfinity at CES today announced it was significantly expanding its home automation across the entire Xfinity portfolio, which includes its voice remote, home security and Xfinity mobile.

All 15 million Xfinity customers will automatically get the smart home capabilities at no additional cost, according to Comcast.

This move can have a significant impact on the adoption and growth of smart homes.

“Our footprint is half the U.S.,” Daniel Herscovici, general manager and senior vice president of Xfinity Home, told me.

This also is yet another move in the digital chess game of defining the hub of the connected home.

“The TV is the most important screen in the home,” said Herscovici.

Comcast recently added voice capabilities to its TV remote, so consumers can control various smart home activities by speaking into the remote.

The new integration extends that even further, enabling voice control devices made by a wide range of suppliers, including Carrier, Philips, Nest, Lutron, GE, Honeywell, Kwikset, Tile and Yale, among others.

Some of this capability came with acquisition of Stringify by Comcast in the middle of last year.

Comcast plans to extend its ‘Works with Xfinity’ program to include additional product categories, such as wearables, automotive, other voice assistants, email and social media platforms.

For example, a voice command of ‘Good Morning’ to the remote could turn on the lights, adjust the thermostat, disarm the security system and in the future, pre-warm the shower, start the coffee pot and the start and pre-warm the car on a cold day.

Meanwhile, many consumers may not be asking for, or even fully aware of, the capabilities of smart homes.

Aware or not, the capabilities, at least in the case of Xfinity homes, are coming fast and furiously.

Ready or not, the smart home is here.