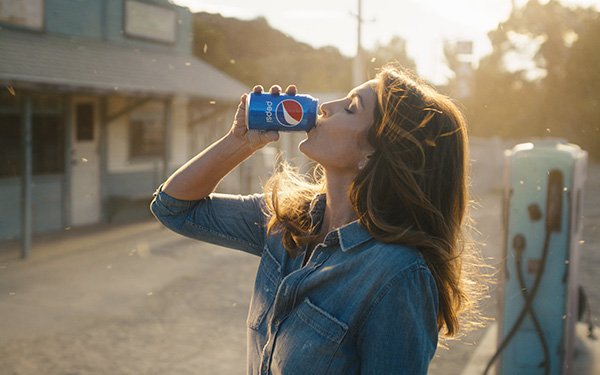 Pepsi Stuff, the U.S. loyalty program from PepsiCo first released in 1996, will return with this year's Super Bowl 2018 campaign.

Similar to the first Pepsi Stuff campaign, the promotion features classic Pepsi designs across vintage T-shirts, hats, LED signs, varsity jackets, coolers, bikes, and more. All are redeemable with Pepsi Points through PepsiStuff.com. The company said it is also bringing back retro packaging for its bottles to go along with the style of campaign.

Fans in the U.S. earn points through codes on participating retro packs under the cap or inside take-home packs, and entering codes onto PepsiStuff.com. New Pepsi Stuff prizes will be released throughout the year.

Introducing this year's Pepsi Generation Campaign, the brand will air a 30-second in-game advertisement called "This Is the Pepsi" during Super Bowl LII featuring celebrities of Pepsi's past and present campaigns, including a new take on the famous 1992 Pepsi Super Bowl advertisement starring Cindy Crawford. This time son Presley Gerber joins her.

"The commercial was a big moment for me and has spanned generations," Crawford said in a prepared statement. "I am proud to play a role in this iconic pop-culture [phenomenon] and excited for fans to see our new take on the Pepsi spot during Super Bowl."

The campaign kicks off in February with the debut of an in-game advertisement during Super Bowl LII and the Pepsi Super Bowl LII Halftime Show, as well as a Pepsi Generations Live pop-up that will take place in the U.S. throughout the year, starting with the Super Bowl in Minneapolis.

The campaign will roll out in more than 55 markets worldwide across the full Pepsi portfolio -- Pepsi, Pepsi Zero Sugar and Diet Pepsi.

The campaign also includes a chance for fans to win sideline passes to see him perform live at U.S. Bank Stadium through a social media campaign, #PepsiHalftimeLive. This is the sixth year that Pepsi is sponsoring the Super Bowl Halftime Show.

In the 10 seconds before the Pepsi Super Bowl LII Halftime Show, the brand will countdown to Timberlake's performance.