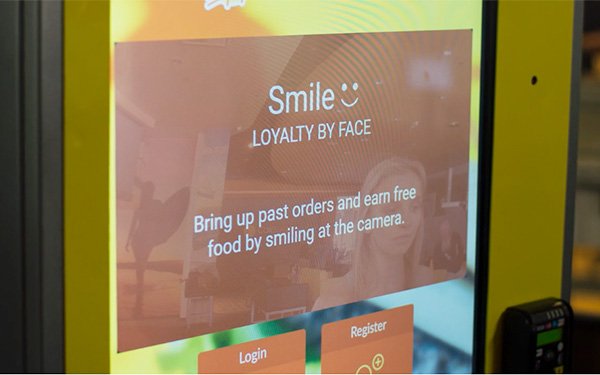 The store of the future is pretty much here and while some consumers may not see the technology, it will see them.

At retail’s annual Big Show put on by the National Retail Federation (NRF) at the Javits Center in New York this week, some advancements in facial recognition for retail were demonstrated.

I signed in a tablet at the entrance to the display by NEC Corporation of America (NEC) and the camera took my picture. After a few seconds, I walked through the display and I was instantly recognized as I neared store monitors.

The idea is to customize screen messaging or offer deals in real time as customers roam the store.

A large-screen kiosk from a restaurant was set up, showing how customers can be recognized before even getting to the screen to place their order.

“The facial recognition is shockingly accurate,” said Anthony Lomelino, chief technology officer of CaliBurger, a California restaurant chain focused on made-to-order burgers. The chain has 10 stores in the U.S. and 40 in other countries, according to Lomelino.

Lomelino said the chain has been successfully using the screen-ordering system with NEC’s facial recognition at one of the restaurants for some time. He noted that the facial recognition is so accurate from a distance that they had to fine-tune it not to display tailored messages until the consumer gets closer.

Tech giants Samsung and AT&T both touted facial recognition capabilities, but both were used more for aggregate data, such as demographics or store-traffic patterns, rather than for individual customer identification.