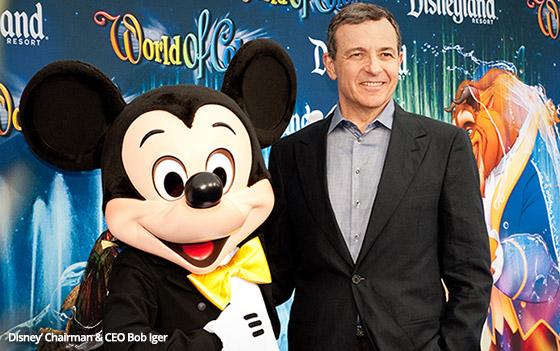 In the latest sign that Disney's plans for a streaming service continue at full speed, the company has hired Kevin Swint as the senior vice president/general manager for the upcoming Disney-branded service.

Swint, who previously served as a vice president at Samsung and an executive at Apple (where he led the iTunes store), will build and oversee day-to-day operations of the streaming service, tentatively set to launch in 2019. He will report to Michael Paull, the CEO of BAMTech, the streaming video company that Disney acquired last year.

Disney’s service will include the company’s library of movies and TV shows, supplemented by three to four original movies as well as original series per year.  So far, the company has confirmed that one of the original series at launch will be a reboot of the Disney Channel series “High School Musical.”

While analysts have been calling Disney’s upcoming service a “Netflix-killer,” so far the service does not sound like a serious threat to the streaming giant.

For starters, Disney CEO Bob Iger has said the Disney service will be priced “substantially below” Netflix. In addition, it may feature limited advertising or sponsorships, unlike Netflix, which remains commercial-free.

Finally, Netflix itself does not seem very concerned with the competition. Netflix CEO Reed Hastings, on the company’s earnings call Monday, repeatedly praised Disney’s content, but added that “we don’t see [Disney’s upcoming service] as a threat to us any more than Hulu has been.”

In fact, Hastings said he was already bullish on the success of the service.

“I know I’ll be a subscriber of it,” he told analysts on the call.