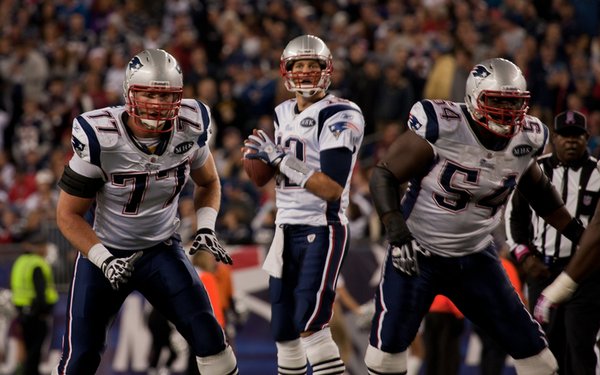 On Wednesday, two significant streaming deals were announced. One represented a major extension of the status quo, while the other painted a picture of what the future could hold.

Fox Sports’ $550 million-per-season deal to broadcast NFL “Thursday Night Football” games was the first kind. Fox will air the games on TV, of course, but also has streaming and mobile rights.

In other words, while the NFL continues to search for a digital streaming partner for “Thursday Night Football,” any partners the league gets will not be exclusive. Amazon streamed the games this past season.

BTIG analyst Richard Greenfield predicted earlier this month that Amazon would acquire exclusive “TNF” rights. Amazon may yet retain streaming rights, but any deal would be shared with Fox -- at least for the next five years.

“The reality is, TNF has shifted around significantly over the past decade and represents a unique test-bed for the NFL” Greenfield wrote at the time. “With the MVPD bundle in secular decline and TV viewership declines pressuring advertising sales, the time is ripe for the NFL to experiment and move outside their historic comfort zone.”

Apparently, the NFL wasn’t quite ready to abandon its comfort zone just yet.

The other deal in many respects was more unconventional. Major League Soccer inked a multi-year deal with YouTube that will see the Google-owned video site become the exclusive local provider of games from MLS’ new Southern California team, Los Angeles Football Club.

YouTube will also stream the club’s national games, which air on ESPN and Fox Sports, and will get naming rights on the players' jerseys.

While this deal is for a second-tier sport (MLS is not nearly as popular on TV as MLB, NFL, NBA or NHL games), and exclusive to one local region (albeit the second-largest TV market in the U.S.), this is the first time that a tech company has secured exclusive U.S. sports rights. With Amazon and Facebook also having hired executives in the past year dedicated to scooping up sports rights, there will likely be similar deals to come from all three companies.

Taken together, the NFL/Fox deal and the YouTube/MLS deal suggest that the world of streaming sports will remain messy and complicated for years to come. While there is little doubt that big tech players are going to start bidding more aggressively for rights, as YouTube did with MLS, with the biggest sports locked into TV deals for years to come, it is unlikely sports fans will be able to completely cut the cord anytime soon.

For advertisers, questions remain over the scale of rights deals from tech companies. While YouTube, Facebook and Amazon are accessible to far more households than cable TV, how many people will really tune into streamed games compared to TV?

Streaming also allows for more targeted and interactive advertising. Will YouTube and others seek to leverage those advantages? Or will they try to sell big broad ad deals, as the sports leagues do for TV?