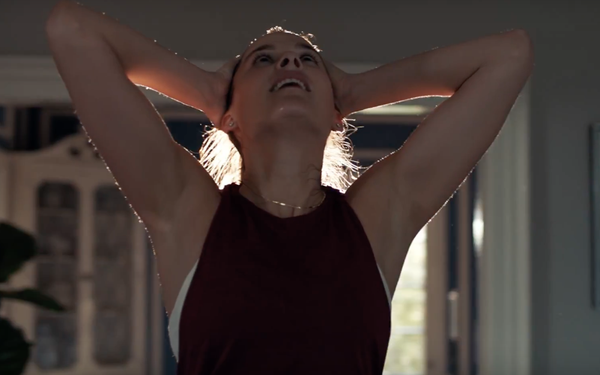 During the next two weeks, consumers watching the Olympics will be inundated with athletes’ inspirational stories. While some of those stories will be of world-class athletes competing in the games, others will simply be of people who exercising at home.

Peloton, which has previously centered its advertising around its Internet-connected indoor bikes, is launching a new ad campaign in conjunction with the Olympics that celebrates the user community of its sporting equipment, and the inspirational stories they share with the company.

“Peloton has been disrupting the fitness industry for the past few years, and at first creating a category required us to focus on explaining the product experience,” Carolyn Tisch Blodgett, the company’s head of brand marketing, tells Marketing Daily. “As we have grown our awareness and success, we're finally ready to tell the Peloton brand story, and show what that product experience can enable."

Premiering during the Winter Olympics Opening Ceremony, the new campaign proclaims “Better is in us,” and depicts scenes of a woman’s daily life, moving from riding on her bike to playing with her young daughter, battling through both sweat and tears, and working through bedtime tantrum and dinner-party laughs. A voice over speaks of life of being a bunch of small moments strung together. But within those moments there are times to be “better, stronger, fiercer” through Peloton’s online classes. “Every day is a chance to get closer to something that’s always been there,” concludes the voiceover as the woman concludes her ride.

“Sourcing anecdotal stories from our members as inspiration, we brought to life one particular working mother’s life showing the ups and downs of her life, both on and off the bike,” Tisch Blodgett says. "Every day our members show us their strongest side, and that was the driving inspiration behind this commercial.”

The story is taken from stories the company’s riders share about how starting their day on a Peloton bike motivates them to tackle everyday obstacles. “The Peloton community is an incredibly special group bonded not just by sweat but their determination and dedication,” Tisch Blodgett says. “Every day our members clip in, it's not just because they want a workout, but because they are making a choice to be the best version of themselves.”

In addition to 30- and 60-second spots running throughout the Winter Olympics, the campaign will also include paid media on Facebook and YouTube. In addition, as part of the digital campaign, the company will be calling out specific riders on social media. The company will also be hosting four live rides from PyeongChang, Korea, during the Olympics.

“Life’s greatest victories don’t all happen on the world’s stage, but in homes across the country as Peloton riders are determined to be their best on and off the bike,” Tisch Blodgett says. “The live classes from Korea are an exciting advancement as it’s the first time a Peloton class will be streamed outside of studio in New York City. We are excited to bring Peloton to a global audience.”