L.L. Bean Backs Off Of Continually Tracking Clothing After Purchase 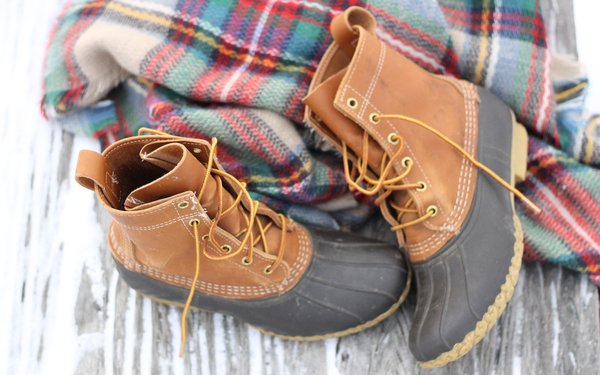 Tracking consumers through sensors inside clothing they buy from L.L. Bean now will not be happening.

It was reported in The Wall Street Journal and numerous other publications around the world last week that Bean would be starting a clothes tracking test with customers later this year.

Bean now says that is not going to happen.

“I can absolutely confirm that L.L. Bean will not be selling clothes with this technology to consumers,” Shawn Gorman, chairman of L.L. Bean, told me. “We may test some items with product testers who consent to this, but not to normal customers.”

Late last year, Loomia, which makes a blockchain-powered smart fabric, announced a partnership with L.L. Bean to bring its blockchain fabric knowledge to the Maine retailer.

The smart fabric technology can capture information such as temperature, how commonly a particular item of clothing is worn and how moisture is acquired.

It was earlier reported that Bean was planning to sew such sensors into boots and coats and then track the clothes after they leave the store through the Ethereum blockchain. The sensors likely could also track steps taken and other data.

The tracking was to start later this year and be opt in, according to The Wall Street Journal report, which quoted a Bean innovation employee.

“The reports that have been in the media circulating suggesting that L.L. Bean is going to be selling products embedded with sensors that track our customers’ habits is 100% false,” a Bean spokesperson told me. “We are not, have not, nor do we ever intend to sell any product that tracks anyone’s buying habits, physical movements or collects any form of demographic information.

“This was a concept only, aimed to provide testing information for product performance,” said the spokesperson. “The field testing would have been done by a very small cohort of volunteers, not customers. In additionally, this is not testing we will be pursuing.”

Clothing with embedded sensors has been around for some time. At the National Federation of Retailers Big Show two years ago, Levi Strauss showed RFID tags in jeans, allowing retailers to track the real-time status of inventory. The tracking was also aimed at clothing being taken into dressing rooms. That technology was intended for in-store use only.

L.L. Bean is also dealing with customer reaction to its announcement of scrapping its age-old 'guaranteed for life policy' of products it sells, now giving customers one year to return items as long as they have a receipt.

The IoT reality is that sensors are going to find their way into anything that moves, including clothing and even packaged goods. The technology will be ready for this before the market is -- the Bean clothes idea may be a good example of this.

“I think the story just got a little ahead of itself,” said the Bean spokesperson. “We look at lots of technologies in the marketplace. It’s a difference of concept vs. actively pursuing.”

For now, it looks like the tracking of clothes that consumers buy may remain in the concept category, at least in the case of L.L. Bean.