Excuse Me For Being Direct, But So Will You 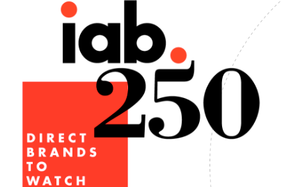 The most disruptive challenge to conventional media-based, brand-building advertising happened during the earliest days of Internet advertising, when agencies and brand marketers failed to define emerging digital platforms like the Internet -- and ultimately, mobile -- as a branding medium.

Instead, direct-response marketers embraced the medium because of its real-time immediacy, access to data to track and ability to modify conversions and sales on-the-fly, and pure ROI efficiency.

According to some experts, that trend is about to accelerate as conventional brand marketers throw in the towel altogether and begin leveraging digital media to become direct sellers themselves.

The reason for the shift, which is already beginning to happen, according to Publicis Groupe Chief Growth Officer Rishad Tobaccowala, isn’t just because conventional brand-building media models aren’t working as well as they used to. It’s because big brands are realizing that the only way to have a relationship with and understand their consumers, is to cut out the middlemen and have a relationship with them directly.

“Over the next three to four years, it’s going to happen, because three to four companies own all the data," Tobaccowala said during the opening of CIMM’s recent Cross-Platform Media Measurement Summit in New York City.

The “three to four companies” Tobaccowala was referring to were big digital platforms like Google, Facebook, Amazon and Apple, which have leveraged their “walled garden” position to become the intermediaries between brands and their consumers, optimizing both ends for their bottom lines.

While this trend has benefited the shareholders of the digital platforms, it has marginalized the role of brand marketers, especially big consumer packaged goods companies that historically used mass media and advertising to build relationships with consumers.

Tobaccowala said he’s aware of “major CPG companies” that have a goal of having “25% of their sales direct” in the next year.

“Once you have that,” he said, “you begin to have some very interesting leverage.”

I’ve been thinking about Tobaccowala’s comments for the past couple of weeks. So when the Interactive Advertising Bureau released a new report at its annual Leadership Conference for its members Monday morning listing “250 direct brands worth watching,” I was sensitized and took notice.

The report, which is a collaboration with Dun & Bradstreet, is a compilation of 250 companies -- many of which are only a few years old -- that were conceived 100% on the basis of direct-to-consumer digital media access. This means more than just having commerce-based websites, but also leveraging an entire digital ecosystem to promote, be discovered, generate leads, trial, conversion -- and, most important, relationships with consumers.

“The list is ample evidence of the tidal change occurring in how brands and customers interact. Congratulations to those who made the cut,” the IAB notes in the report. Interestingly, none of those that made the cut is what would be considered a major CPG brand.

“‘Direct Brands’ are gradually supplanting the ‘Indirect Brands’ that have dominated the consumer economy since its origins in the late 1870s,” the IAB asserts in a statement issued with the release of the report.

If true, Tobaccowala’s prediction that “indirect brands” will be going increasingly direct, makes sense, so watch for an explosion of consumer commerce options as the “IAB 250” and the Fortune 500 battle for share of consumers’ minds, pocketbooks, data -- and most important of all, relationships.

This is already happening, according to a report released last week by Wall Street equities firm UBS.

The report doesn’t update that for 2017 or predict what it will be in 2018, but a survey of 350 global marketing executives and 500 CFOs in the U.S. by UBS suggests that Tobaccowala is right and they’re already fighting back. While conventional brand-building media continues to expand, the fastest-growing areas of their marketing budgets are CRM (customer relationship management), direct response, and social media management, as well as internal staffing, presumably to bring more of the mastery of those direct relationships in-house (see table).

brand marketing, digital, direct response
10 comments about "Excuse Me For Being Direct, But So Will You".
Check to receive email when comments are posted.
Read more comments >
Next story loading