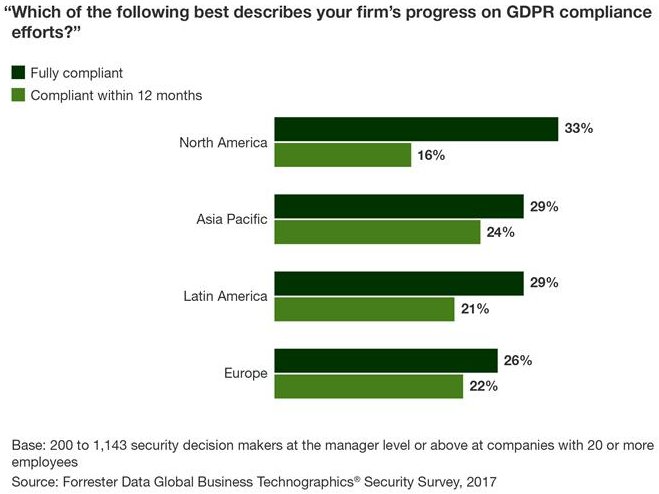 In a surprise finding, North American companies -- not Europeans -- currently are the most fully compliant with the EU’s General Data Protection Regulation (GDPR), according to findings of a survey of security decision-makers released today by Forrester Research.