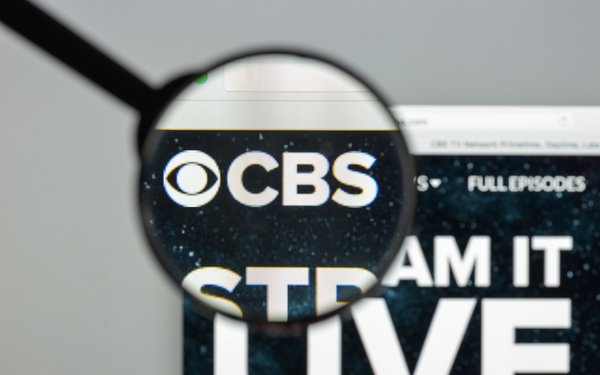 CBS posted higher-than-expected fourth-quarter revenues -- but the company executives were relatively mum about a possible re-combination with Viacom.

CBS posted an 11% improvement in revenues in the period to $3.9 billion. Media analysts were expecting $3.7 billion.

Content licensing and distribution revenues were revenue generators -- up 33% to $1.2 billion. Affiliate and subscription fee revenues were 20% higher -- with 31% growth coming from retransmission revenues and fees from CBS Television Network affiliated stations -- to $923 million.

Advertising revenues -- still the biggest revenue generator for CBS -- fell 3% during the last three months of 2017 to $1.75 billion, due to unfavorable comparisons to a year ago. That's when many other TV stations groups had record political advertising sales.

CBS TV stations -- its local media business -- fell 14% in revenue to $450 million -- due to lower political ad revenue versus the same time period in 2016. But TV stations could recover this year, due to midterm Congressional elections. CBS’ Moonves says: “We anticipate a very big political year.”

CBS says two new OTT services will begin in the coming months, including CBS Sports HQ, a free, ad-supported news, highlight and analysis service to debut before the NCAA March Madness men’s college basketball event. CBS will also start up a service based on the syndicated magazine show “Entertainment Tonight,” scheduled to debut in the fall.

For 2017, advertising revenues were down 9% -- mostly due to higher results the year before -- including the 2016 broadcast of Super Bowl 50 on the CBS Television Network and political advertising revenues. For the entire year, CBS saw revenue gains of 26% from higher affiliate and subscription fees.

Net earnings from continuing operations were $40 million for the fourth quarter of 2017, compared with $271 million for the same quarter last year -- due to restructuring charges and a charge stemming from the new federal tax law.

Both CBS and Viacom have each created special committees to examine a possible merger. CBS declined to comment during the earnings phone call.