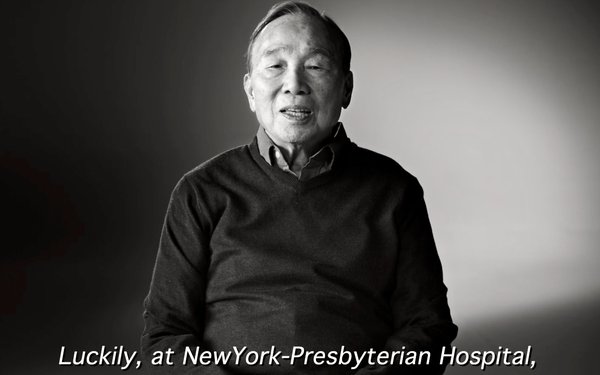 New York-Presbyterian has unveiled new advertising during the Winter Olympics that is airing locally on WNBC-TV’s coverage of the games (both on-air and online). The ads were created by Seiden Advertising.

As in previous spots, the new ads feature patients sharing their stories of survival and restored health in their own words. The spots, reflecting the cultural diversity of the New York City area, go a step further, featuring two patients telling their stories in their native languages. Those ads are subtitled in English. See a sample of the new work here.

Ads will air throughout the games (including both the opening and closing ceremonies) in primetime and day time.

Stephen Feinberg, chief creative officer of Seiden, stated, "Our goal with the campaign has always been to let patients tell their story in the most honest, unvarnished way possible. Letting them tell their stories in their native language is yet another step forward."