Amazon's Acquisition Of Ring Is A Game-Changer 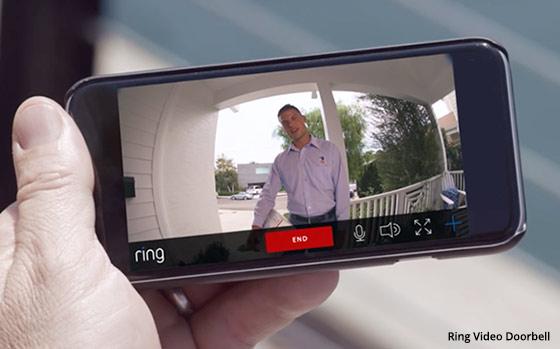 Amazon has reportedly acquired smart doorbell-maker Ring for more than $1 billion. A Ring spokesperson confirmed the deal to Search Insider. In an email the spokesperson wrote: "We’re excited to work with this talented team and help them in their mission to keep homes safe and secure."

The latest move will strengthen the company's connected-home strategy after the purchase in December of Blink, a wireless home monitoring system, complete with indoor and outdoor home security cameras.

Amazon's introduction of Alexa and its recent acquisition of Ring will usher in a new era of retail, says Brittain Ladd, an independent global digital and blockchain consultant and former Amazon executive.

"Customers will be able to provide instructions for Alexa to buy groceries or general merchandise and then allow Alexa to control the delivery of the product including allowing access to the customer's home," he said. "Growing their ecosystem means becoming more ingrained into the day-to-day existence of consumers. Within just a few years, smart speakers like Alexa will be as common as TVs inside the homes of millions of consumers."

Ladd said Amazon will build out its search algorithms, collecting massive amounts of data across their ecosystem to continuously improve and personalize the experience for voice and text.

Ladd believes in a massive shift, whereby consumers don't "shop" but rather ask their smart speaker to find and order products as well as manage the household needs for groceries. The winner in all of this, of course, will become Amazon -- which will transition from being viewed as a "retailer" and instead become absorbed into the fabric of people's lives.

The acquisition, in my opinion, will also strengthen Amazon's ability to build its own search algorithms tied to Alexa for queries across the marketplace, Whole Foods, Zappos and other brands.

What will the search engine on Amazon's properties look like a year from now and what type of information will tie into its algorithms remains unknown. One thing certain, this will become Amazon opportunity to take more control of product listings through search and search advertising. Some of Ring's products already integrates with Alexa.

eMarketer's percentage, mentioned above, ties into a commentary how Amazon serves search results for non-brands queries through Alexa.

When consumers use Alexa voice search on Amazon Echo for products, and don’t specify a brand such as "paper towels" rather than "Brawny paper towels," Alexa first suggests an Amazon’s Choice item about 54% of the time, according to eMarketer, citing an October 2017 Bain & Company research. This is followed by the top search result, recommended 41% of the time, and a Sponsored Product at 6%.

Amazon, which is expected to keep Ring as an independent company, previously invested in Ring through its Alexa fund, an investment arm that supports Alexa-powered devices.

Ring, a smart doorbell, allows the home owner to see, hear and speak with visitors through two-way communication technology. It could easily connect with Amazon's Echo and bring Alexa into the conversation. Does Alexa answer the door when the home owner isn't available? Does Alexa begin to run household chores, make grocery lists when items are required and fulfills them through Whole Foods market?

"The Ring acquisition may also be used as part of Amazon Key service to allow Amazon delivery drivers entry into customer’s homes to deliver packages rather than leaving them outside," wrote Ben Schachter, analyst at Macquarie Research, in a research note published Wednesday. "Though we are more skeptical on the Key service for the obvious privacy implications."

This acquisition will prove, in the long run, more than an entrance for Amazon into home security to monitor home deliveries. It will help to build Alexa, Amazon's virtual assistant, into a virtual assistant that runs the household. The artificial intelligence and data gained from interactions with humans will drive searches. Not just on the marketplace, but other Amazon-owned businesses such as Zappos.

And it's not clear if the two are related, but Schachter also notes that Ashwin Ram, former senior manager and lead for Alexa AI at Amazon has reportedly left the company to become technical director of AI for Google Cloud.