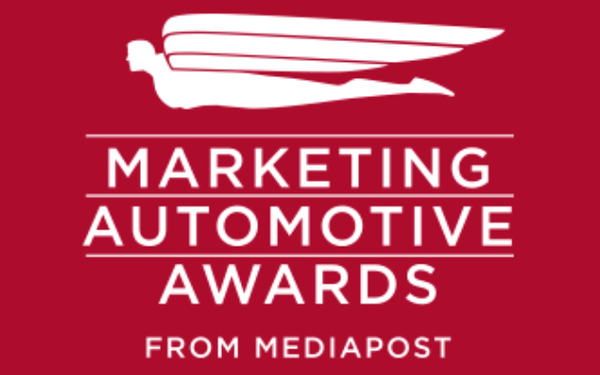 For a third year, MediaPost has named its picks for top automotive marketers and agencies.

The competition was fierce in all categories, and the panel of industry observers, experts and marketers did the arduous work of finding the best of the bunch. They will be honored at a luncheon during the Marketing: Automotive conference during the New York International Auto Show on March 28 at the Javits Center in New York.

The Automotive Marketer Of The Year honor goes to Olivier Francois, CMO, Fiat Chrysler Automobiles. Francois has held that position since Sept. 1, 2011. He is also head of Fiat brand. Previously, he spent two years as president and chief executive officer for the Chrysler brand. He was selected, in part, because of his willingness to champion marketing that consistently pushes the envelope, resulting in high awareness and  consideration of a wide array of consumers.

David & Goliath (Kia) is the Automotive Agency Of The Year (Traditional). “D & G have consistently produced highly creative and very effective work across channels for years,” says Ian Beavis, chief strategy officer at AMCI and one of the jurors. “They are a key part of Kia's success in the United States.”

SapientRazorfish (Mercedes-Benz and Audi and Acura) is the Automotive Agency Of The Year (Digital). "What people admire most about Razorfish is that it seems they don't consider themselves to be a ‘digital’ agency, or even a ‘traditional’ agency’,” says one of the jurors. “It seems they do whatever it takes for success. They're very creative. Of course, digital is at their core, but shouldn't it be at everyone’s core?"

The Best Integrated Campaign (Three channels or more, including online) goes to Alfa Romeo for Giulia (Doner, Richards Group and Art Machine) in no small part because of the standout effort for the 2017 Super Bowl. A trio of spots included one where the brand helped its driver say goodbye to the “predictable.”  Another spot had the beautifully written voiceover: “Some cars take your breath away. Only one gives it back."

The Best Social Campaign award goes to Spark44 for it’s hilarious and engaging “Dull and Boring” campaign for Jaguar. In celebration of “Dull and Boring Day,” Jaguar selected two residents of Boring, Ore. (population 8,000), and another pair from Dull, Perthshire, Scotland (population 200), to inspire some excitement in each of the chosen towns. Each pair was given a 2018 Jaguar F-Type R, a performance-oriented sports car, to drive.

The Best Multicultural or Interest Group Campaign was a category with many nominees. But the efforts for “Sensations” campaign for the Toyota Camry (Burrell, Conill and InterTrend) stood out amongst the rest.  A total of eight broadcast spots were developed using multicultural insights aimed at a transcultural audience. The commercials highlight specific vehicle strengths while introducing customers to the emotions they will feel while driving the vehicle.

The Best Viral Marketing Execution or Campaign goes to Dodge —“Brotherhood of Muscle” with Vin Diesel (GSD&M). Dodge has been part of the Fast & Furious movie franchise since its inception and many of the brand’s performance vehicles have played prominently in the movies, most often driven by lead character Dom Toretto (Diesel). Diesel has been putting Dodge muscle cars to extreme tests for more than 15 years in the Fast & Furious movies and his love for muscle cars extends beyond the movies and into real life. He owns many himself, according to the automaker.

The Best Interactive Execution or Campaign will be presented to Volvo for “Racing the Sun” (Grey, Mindshare and Courageous). Though not everyone was able to look up in the sky and experience the eclipse first-hand, Volvo wanted to ensure people across the country (and the world) had an opportunity take part in this momentous event through unique, 360-degree and virtual reality (VR) footage.

"It’s so hard for a dealership to stand apart from its brands, but that’s the challenge because this is where customer loyalty translates to real value,” says Scotty Reiss, founder, A Girls Guide to Cars and one of the jurors. “AutoNation recognized this and also, that they needed to come up with a campaign that worked for multiple brands in multiple markets. The Drive Pink campaign is powerful across this matrix and also, taps deep integral values that everyone can get behind.”

Congratulations to all of this year’s winners.