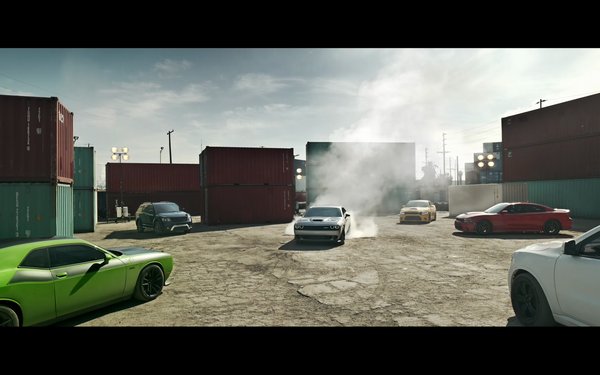 In a first for the brand, Dodge has partnered with actor Vin Diesel for a series of television ads, the first three of which begin airing today.

Diesel will both star and voice the spots, from GSD&M. The campaign also includes social media extensions.

“The Fate of the Furious” is the top movie in the world for the third straight week, and Dodge has been part of the Fast & Furious movie franchise since its inception and many of the brand’s performance vehicles have played prominently in the movies, most often driven by lead character Dom Toretto (Diesel).

Diesel has been putting Dodge muscle cars to extreme tests for more than 15 years in the Fast & Furious movies and his love for muscle cars extends beyond the movies and into real life. He owns many himself, according to the automaker.

The three spots are “Rally Cry,” “Shephards” and “Monsters.” In each, Diesel drives a Dodge Challenger SRT Hellcat, Charger SRT Hellcat or Durango R/T, and leads a pack of the ultimate Dodge performance vehicles. In his distinctive voiceover, Diesel introduces viewers to Dodge’s “The Brotherhood of Muscle” lifestyle of forging one's own path. The spots end with Diesel’s voice saying, “Welcome to the Brotherhood of Muscle” and the Dodge tagline, “Domestic. Not Domesticated.”

The spots air on network programming, including primetime and NASCAR, as well as cable entertainment and sports programs. They were created in partnership with Austin,Texas-based creative agency, GSD&M.

In addition to the television ads, Diesel will chat about his experiences driving Dodge vehicles and introduce his enormous fan base on his social media platforms to the brand’s “The Brotherhood of Muscle” lifestyle. Diesel has more than 100 million fans on his Facebook page alone.