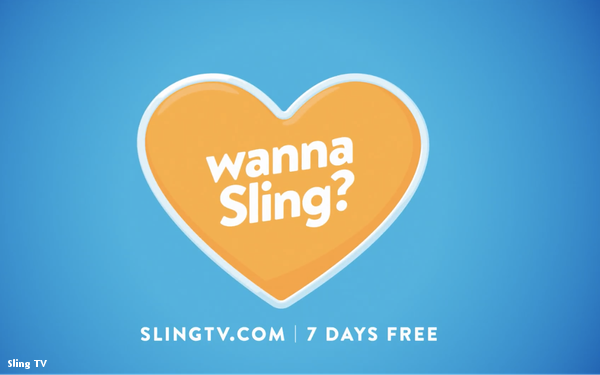 The first of the major live streaming bundles, Dish Network’s Sling TV, is launching a marketing campaign to lure more subscribers to its ranks, with the tagline “We Are Slingers.”

The campaign will run on TV, on mobile devices, social media platforms, and digital outlets, with the goal of highlighting Sling’s “flexibility" -- the choice and control it offers consumers, which the company says is more advanced than at competing services.

The company has tapped The Martin Agency as agency of record, leading marketing strategy, creative development and production efforts for the streaming service.

The first commercial spots were uploaded to Sling’s YouTube channel on Monday.

Sling’s marketing campaign comes as the live streaming bundle market continues to grow more crowded. With so many entrants spanning technology, telecom, and media companies, the need to market aggressively and gain consumer share is paramount.

Hulu with Live TV is still in beta but is making a major push within its existing subscriber base. AT&T’s DirecTV Now, meanwhile, has offered aggressive pricing and cross-promotion with other AT&T products in a bid to gain market share.

Dish reported last month that Sling has 2.2 million subscribers, making it the market leader in the OTT streaming bundle space. Whether it can keep that crown will depend on how its new campaign performs, and how its similarly well-funded competitors aim to reach consumers and advance their products.