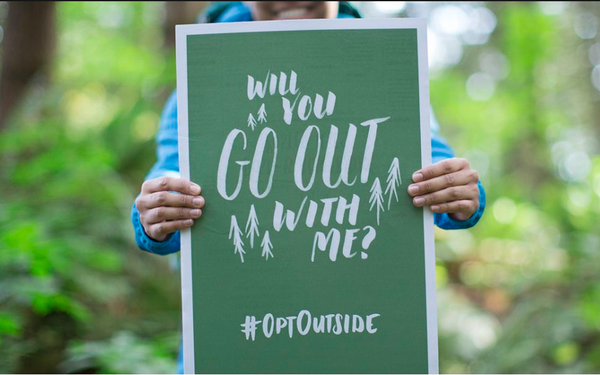 REI, one of the nation’s largest consumer co-op and specialty outdoor retailers, has created an advertising campaign to secure its relationships with loyal customers and find new ones based on a social cause that was developed three years ago.

Now in its third year, REI’s #OptOutside initiative highlighted the brand’s decision to close all retail locations on Black Friday and pay their more than 12,000 employees to spend time outside. It also encouraged the remainder of the country to join them, and sought to gain awareness among its existing and potential customers.

Vistar Media and LiveRamp, an Acxiom company, spearheaded the campaign based on its #OptOutside initiative by integrating its customer data with geospatial data to analyze how these groups of customers moved throughout the physical world.

The patterns of data enabled Vistar to use cross-screen mobile and DOOH media to reach REI’s loyal customers as well as find new ones.

Brand awareness rose 14%, along with a 9% lift in consideration when consumers thought about where to shop and a 7% lift in purchase intent. REI’s retail locations also saw an increase of 3.6 times in consumers coming into the stores.

Social causes can help to bring in new customers. Aaron Goldman, chief marketing officer at 4C Insights, wrote in a Twitter tweet that he made a purchase from Dick’s Sporting Goods, although he didn’t need anything, solely based on the retailer’s decision to raise gun-buying requirements to age 21.

It also analyzed the trend of campaign-over-campaign metrics for recurring clients in order to assess the incremental value of DOOH media for a brand and see if the impact is sustainable.

And while Vistar has yet to run a dual-channel DOOH and search campaign to date, the company’s exploring the impact of location and time, as well as the presence of DOOH media on consumers' likelihood of performing a search on their mobile devices. The lack available data continues to hold up the process. The company’s trying to determine the best approach to tie DOOH campaigns back to search advertising.