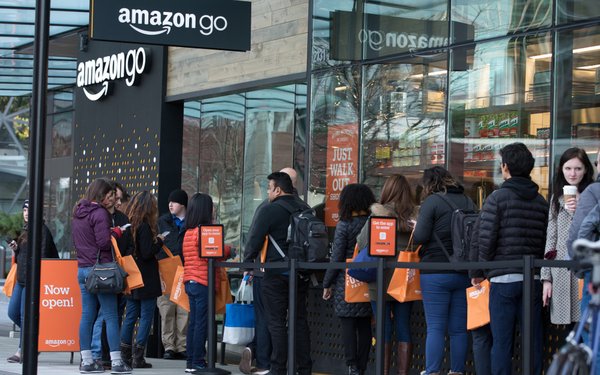 Amazon’s tech rivals didn’t fare as well. Since last year, Apple dropped from fifth on the list of top-ranked companies to 28th, while Google fell from eighth to 29th.

This year, the big winners appear to be the companies that are rising above the nasty political climate to focus on a social challenge in health care, transportation, and education, according to Harris Poll CEO John Gerzema.

As such, Amazon’s pledge to improve health care appears to have secured its top spot, while Apple seems to suffer from a lack of innovation, and Google’s corporate infighting likely impacts its reputation.

“Consumers are increasingly interested in what a company stands for, how they engage with society and their community,”Gerzema said in the report. “Brands are emerging with a new moral authority.”

For nearly 20 years, Harris has quantified reputation ratings for the 100 most visible U.S. companies, as perceived by the general public.

Survey respondents are asked to ranks companies based on their reputation in six different categories: emotional appeal, products and services, social responsibility, vision and leadership, workplace environment, and financial performance.