From NHL To Activision Blizzard, Cherry Still In The 'Smiles Business' 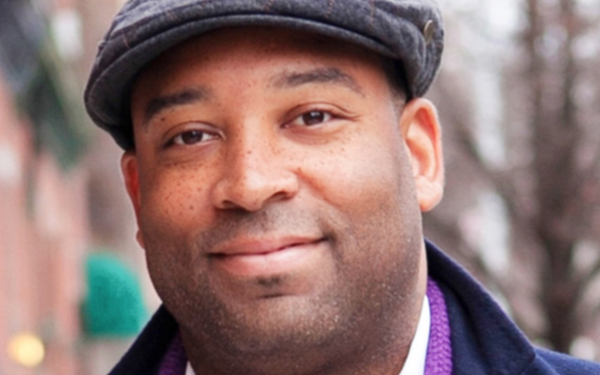 Q. What made this position one you couldn't turn down?

A. There are a lot of things that appealed to me about this opportunity and a lot of it centers around the leadership position that Activision Blizzard has taken when it comes to the growth and exposure of esports. Overwatch League and Call of Duty World League are two of the best esports products on the market right now in terms of global appeal and both have deeply passionate player communities. I’ve been very impressed with Overwatch League’s early success. It’s an extremely professional and well-produced live event supported by blue-chip brand sponsors, solid viewership and a highly engaged, youthful, global fanbase.

Q. Are you a video game enthusiast? How long and what have been your favorites?

A. Yes, I am a recreational gamer, and have been playing console games since the Atari 7800 was first launched back in 1986. My current favorites are Call of Duty WWII, Overwatch, and Destiny 2. I am also still in absolute awe of the early success of Guitar Hero. What an amazing cultural juggernaut!

Q. I know you've only just started, but how does it compare to working with the NHL so far?

A. Culture. Culture. Culture. The best teams, like the three-time Stanley Cup Champion New Jersey Devils, have a strong culture that places team wins above everything else. The Activision Blizzard organization has already proven to me that they are also a culture-first organization that prides itself on how its employees treats one another along the road to success. Empathy, intelligence, and collaboration are second nature here. I love how much the culture values individual creativity and self-expression.

I’m eager to have a chance to learn and grow from the team around me and the smart ownership groups we work with across the Activision Blizzard Esports Leagues business. There’s a reason the company is regularly included on Fortune’s list of Best Places to Work — their words, actions, and employee benefits are the very definition of best in class. I’m looking forward to being a part of such an ambitious, considerate, creative organization.

Q. What did you learn at the NHL that you will apply here?

From a fan engagement standpoint, I’ve seen first-hand that the cord-cutting phenomenon is real. Fans are still tuning in to watch live event-based television, but there is a real reason that viewership and engagement of digital-native sports like Overwatch League and Call of Duty World League are showing record growth, especially with the next generation of sports fans. Our goal is to make it as easy as possible for fans to consume our content wherever they are in the world and on any device they choose at any time, and that’s made easier by the fact they’re natively played and consumed online.

Q. Toyota is an Overwatch League North American Launch Partner. What does an auto manufacturer see in esports sponsorship?

A. What auto manufacturers — and really all our partners at the League and team level — see is a massive number of young, affluent current and future consumers who are hyper-engaged with our products and overall lifestyle. More than 10 million viewers tuned in to opening week matches of Overwatch League and Opening Day streaming viewership reportedly beat out viewership of Amazon’s stream of Thursday Night Football last year.

We provide partners with a product that engages that hard-to-reach, younger demographic many brands are looking to target. We are also bringing together a global community of fans and a fresh “esports lifestyle” that our players exude that is unique and on-trend globally. We can help brands like Toyota and T-Mobile tap into this movement and engage these fans in creative and credible ways.

Q. What gaps do you see in the company's past marketing efforts and how will you fill them?

A. Gaps? This incredible team pulled off an amazing feat with Overwatch League. They launched an entire league, with global reach! What they have done is phenomenal. My hat’s off to each and every colleague at Activision Blizzard who contributed to this feat. I am a passionate believer in the philosophy of KAIZEN — continuous improvement. I’m 100% focused on the future, continuing to drive value for our current partners and growing fanbase. I will be partnering with our Chief Revenue Officer Brandon Snow and CEO of Activision Blizzard Esports Leagues Pete Vlastelica on identifying new brand partners and developing new ways they can tap into this global e-sports lifestyle.

Q. Obviously, the position at Translation wasn't a good fit. It happens. Do you want to address that?

A. I have a dream job. Having said that, I have nothing but the utmost respect for founder Steve Stoute and the entire team at Translation. The agency is filled with absolutely brilliant creatives and cultural savants. I wish them nothing but the best.

entertainment, gaming, personnel, sports
1 comment about "From NHL To Activision Blizzard, Cherry Still In The 'Smiles Business'".
Check to receive email when comments are posted.
Next story loading