Fox's Two-Minutes-Per-Hour Ad Plan: The TV Times They Are A-Changin' 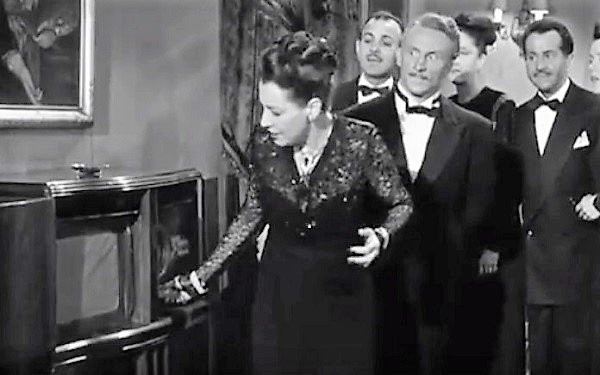 In one very significant way, the TV business today can be characterized as the haves versus the have nots.

Specifically, many content providers (what we still call networks) have commercials. Others, such as streaming services and premium cable channels (Netflix, HBO and the like), do not.

Increasingly, the commercial-free content services are siphoning off viewers from the networks -- and more to the point, keeping them coming back for more.

The commercial-free content on the streaming services garners the lion's share of critical and social media attention, as well as the major awards these days.

The mushrooming audiences coupled with all that attention are also helping the streaming services draw top talent away from the commercial networks.

Shonda Rhimes produced top hits for ABC. Now she has gone to Netflix. Another top producer -- Ryan Murphy, who has been associated with the Fox Networks (Fox Television and FX) for more than a decade -- also went to Netflix.

The creative community is certainly attracted by the money being thrown around, but also the creative freedom (or the perceived freedom) they have to write and produce their shows unencumbered by a network's concerns about advertisers and their possible objections to their spots running in certain programs (if such objections still exist).

Network executives apparently see the writing on the wall (not that it's so difficult). The TV business is moving -- and in many ways, already has moved -- to a subscription model in which revenue from the selling of airtime plays no part.

Indeed, the lack of commercials is part of the allure and the success of the subscription services. So is the anything-goes, mostly uncensored nature of the content.

This is an important evolution in television generally that has been ongoing since the late ’90s, when shows on HBO such as “The Sopranos” and “Oz” raised the ante on violence, language and other forms of content that were formerly taboo on television.

TV today is an anything-goes world, and it appears to be what audiences want. And to the extent that commercial breaks four times an hour (or more) are increasingly incompatible with the way audiences consume video content, then the commercial breaks will have to give way.

Most notable of these plans is the widely reported news last week that Fox seeks to evolve to just two minutes of commercial time per hour by 2020. For network television, this almost amounts to commercial-free. At the very least, it represents an extremely minimal intrusion on the viewing experience.

As reported by our Wayne Friedman, the new two minutes-only of hourly commercial time will come at a steep price to sponsors because (a) commercial time will suddenly become scarcer and (b) their messages, at least in theory, will no longer be diluted by adjacent spots in the way that commercials are clustered together today.

The diminished number of hourly commercial availabilities will likely increase demand for in-show advertising opportunities too. These demands will likely be granted.

In this way, commercial broadcasters are seeking to keep their hands in the activity of commercial sales and sponsorships, while also seeking to replicate (as closely as they dare) the viewing experience and no-holds-barred content that millions are seeking and buying on streaming services.

Along with this, commercial-supported TV companies and networks are also launching their own subscription services to compete directly with the SVODs.

We are now entering an era in which commercial-supported television and subscription television will coexist, often within the same company and producing dual revenue streams.

These plans for reducing the number of commercials per hour -- and in the process making them more valuable -- can be seen as a transitional phase in the evolution of commercial-supported television to a time when all of TV will be subscription-based.

This will take some time -- even at the rapid rate at which the streaming business is growing. The first order of business is to wait and see how Fox's plan to sell just two minutes of time per hour works out. The company's target year -- 2020 -- is almost here.

This column was previously published in TV Blog on March 12, 2018.

advertising, content, tv
1 comment about "Fox's Two-Minutes-Per-Hour Ad Plan: The TV Times They Are A-Changin'".
Check to receive email when comments are posted.
Next story loading