Amazon Patents Waving At Drone To Bring A Package 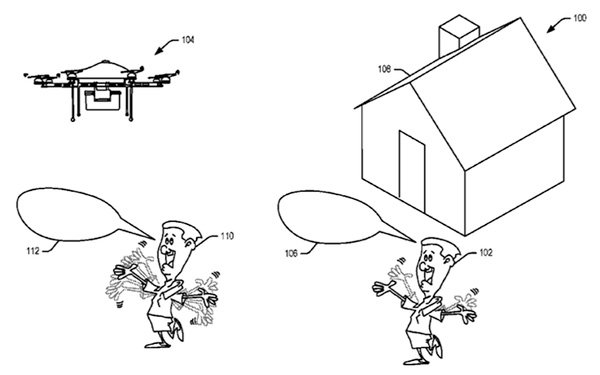 Amazon has patented how a consumer could use gestures to signal a drone to deliver a package.

An unmanned aerial vehicle would be configured to recognize human interactions for navigation or direction purposes, such as to instruct the drone to come closer or drop a package, according to the patent.

The types of human interactions with the unmanned aerial vehicle could include a combination of human gestures recognizable by the vehicle.

“Human gestures may include visible gestures, audible gestures and other gestures capable of recognition by the unmanned vehicle,” states the patent.

For example, a drone could be configured to recognize certain gestures and deliver a package. Amazon and other companies have been experimenting with drone deliveries for some time.

The patent says an onboard management system could process the human gestures and instruct the vehicle to perform certain actions.

Some gestures would also indicate the drone should not come closer. For example, a person could wave their arms in a shooing manner as the vehicle approaches and the vehicle could determine that such gestures indicate it should not proceed further in the direction of the person.

The patent was filed in 2016 and granted this week.