Picard joins Arc from Geometry Global, where she held the dual role of team lead for Unilever Shopper and managing director for the agency’s New York office. She will relocate to Chicago and be part of the executive leadership team, reporting to Andrew Swinand, CEO Leo Burnett Group North America.

“Soche is an industry legend and a shopper marketing powerhouse,” stated Swinand. ”Her background blends executive leadership with a broad executional skillset that pairs seamlessly with our team’s strengths.”

In her new role, Picard will more fully develop the “commerce” pillar of the Leo Burnett Group’s positioning platform, Culture, Context and Commerce. She is also tasked with expanding the agency’s client base and further securing “connectivity within the Leo Burnett Group and Publicis Groupe.” 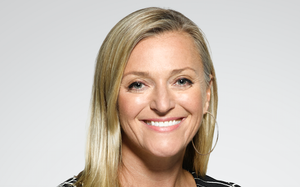