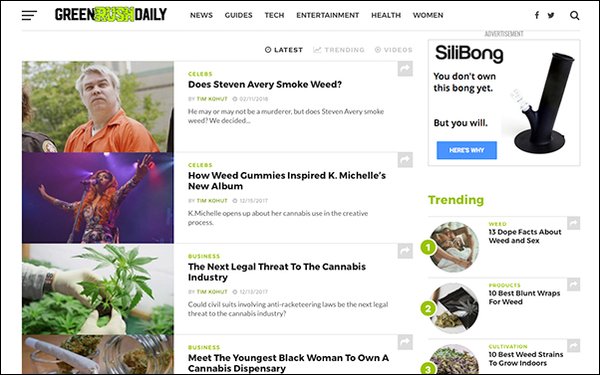 In recent months, High Times has invested significantly in live events, music, lifestyle offerings and related businesses, according to the company. High Times owns a number of marijuana-focused trade shows, enthusiast events and awards festivals, as well as its marquee Cannabis Cup festival.

High Times has filed paperwork with the U.S. Securities and Exchange Commission to become a publicly traded company. It hopes to finish the process by the second quarter of 2018.

Cannabis-focused magazine brands are on the rise, as the legalization of marijuana for recreational use sweeps the nation.

Civilized, a digital media company focused on cannabis culture for professionals, announced in May it had raised $1 million in a Series A funding round.
m&a, online publishing, web sites
Next story loading