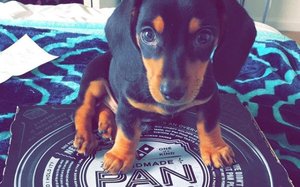 Among these brands, Taco Bell heavily dominated on Facebook, pulling 491,500 reactions during the period versus 182,700 for Burger King, the next-closest brand. BK has nearly the same number of followers, but pulls significantly fewer reactions per post, according to ShareIQ.

Taco Bell’s performance was fully 69 times greater than that of the poorest Facebook performer, Wendy’s, which drew just 16,600 reactions.

On Instagram, Domino’s took first place in number of total engagements: 1.4 million. That beat the weakest performer, Wendy’s — with 127,300 — by a factor of 11 times.

However, Chick-fil-A wasn’t that far behind Domino’s in Instagram numbers, at 838,400. And the chicken QSR outperformed all of the brands when it came to engagement rate, or percentage of followers engaging with its content. Chick-fil-A’s rate was 2.86% — nearly three times the Instagram engagement rates of Subway and Domino’s during the period.

McDonalds gets high view rates for its almost exclusively video content, according to the analysis: “Their social media image strategy across Facebook and Instagram has successfully driven engagement for viral product promotions like #SzechuanSauce and their seasonal offerings.”

Despite a feisty, even snarky social voice and its direct hits at McDonald’s, Wendy’s underperforms across all social media channels — mainly due to posting too infrequently, according to ShareIQ. “Their engagement rate puts them in the middle of the fast-food pack, and if they step up their content quality and posting frequency, they will do much better overall,” adds the analyst.

Meanwhile, Subway is “in some ways the biggest fast-food loser, with low overall engagement and engagement rates,” says the report. “The brand focuses heavily on products, with very few people and almost no lifestyle content in their social media images. Their product content is not stylized, but presents a corporate-looking, brochure-like aesthetic.”