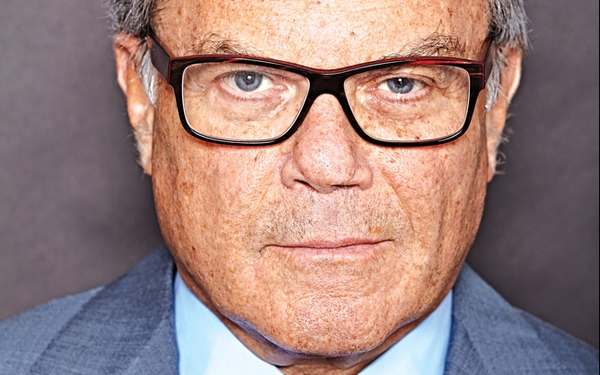 Sir Martin Sorrell, whose keen financial acumen transformed Madison Avenue in a series of J. Walter Takeovers that formed the most formidable agency holding company the world has ever known, has stepped down as its CEO.

Sorrell, the financial mastermind behind the Saatchis' first British invasion, which gobbled up some of the oldest and most venerable agencies -- Ted Bates, Compton, Backer & Spielvogel, etc. -- struck out on his own. He acquired shopping cart operator Wire & Plastic Products to leverage equity markets to roll up the world’s greatest agency brands -- J. Walter Thompson, Ogilvy & Mather and Young & Rubicam, etc. -- into WPP.

Sorrell’s departure, first reported by The Guardian, comes amid reports that he is under investigation for some as-yet-undisclosed improprieties.

WPP Chairman Roberto Quarta has assumed the role of executive chairman and Wunderman’s Mark Read and Andrew Scott have been named joint COOs to run day-to-day operations while the company searches for a new CEO, the paper reported.

In a statement, WPP said Sorrell will "be available to assist with the transition," and added that a "previously announced investigation into an allegation of misconduct against Sir Martin has concluded.

"The allegation did not involve amounts that are material. In accordance with his at-will employment agreement, Sir Martin will be treated as having retired on leaving WPP, as detailed in the Directors’ Compensation Policy. His share awards will be pro-rated in line with the plan rules and will vest over the next five years, to the extent Group performance targets are achieved."
“Obviously I am sad to leave WPP after 33 years. It has been a passion, focus and source of energy for so long. However, I believe it is in the best interests of the business if I step down now. I leave the company in very good hands, as the board knows. Mark and Andrew and the management team at all levels have the knowledge and abilities to take WPP to even greater heights and capitalize on the geographic and functional opportunities. I will particularly miss the daily interactions with everyone across the world and want to thank them and their families for all they have done, and will do, for WPP.”

Reactions from security analysts over the weekend were generally supportive, with most maintaining their ratings and target prices for WPP, assuming wait-and-see attitudes.

“Sir Martin could arguably be called the glue that bound much of WPP together,” Liberum’s Ian Whittaker and Annik Maas wrote in a note to investors, adding, “With his departure, we think the chances of significant chunks of the business being sold off have dramatically increased.

“As we stated previously, the most obvious candidate for disposal is data investment i.e. the market research business, where WPP is unusual amongst the big global agency groups in having such a large exposure.

“At 10x EBITA multiple, a sale would raise £3.5bn. Our view is that Sir Martin was the main supporter of keeping this unit within WPP. Obvious buyers include rivals such as Nielsen, but also private equity.”