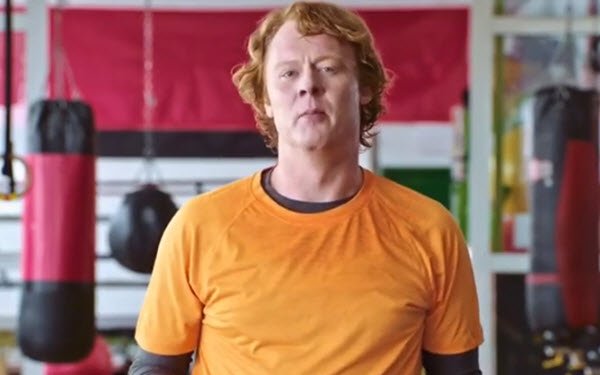 Coca-Cola’s new Vitaminwater Active came out of the gate in late 2017 positioning itself as “The Sports Drink for the Rest of Us.”

The unstated implication: It’s not looking to compete with PepsiCo’s Gatorade. Or, in phrasing now being used on Vitaminwater Active’s social media, it’s “the sports drink for regular people (not the regular drink for sports people).”

Originally sold in 7-Elevens, H-E-B stores in Texas, and Target stores in Nevada and California, the line has now been rolled out in mass-market retail channels across the country, and the brand is launching a full-fledged campaign from Zambezi.

The campaign includes a series of Instagram Stories ads focused on “the funner side of fitness” — “fun” being a new creative approach for the Vitaminwater brand.

The first video introduces Active’s “Sorta-Fit Spokesguy.” This very average-looking guy explains what “sorta fit” means: “I work out, but I don’t take my shirt off… I lift weights, but I don’t look in the mirror... Or if I do, I won’t make eye contact with myself.” He also very matter-of-factly admits: “Sometimes I’ll go to the gym, and if I can’t find parking, I’ll go home.”

Out-of-home ads in major markets, including New York City, Denver and Los Angeles, bear messaging such as “The official sports drink of two-a-weeks,” and “Bring your b (vitamin) game,” in addition to the official tagline. The billboards and other OOH formats are located near gyms, parks, running and hiking paths and other high-traffic locations.

In addition, the brand will be offering sampling at fitness locations.

The Vitaminwater Active line has Vitamins C, E, B5, B6, and B12, and electrolytes said to be derived from coconut water and sea salt.

And the Active line — which comes in three flavors with workout-related names (e.g., “Pump It” for lemon-lime) — isn’t using words like “healthy,” “energy,” and “endurance,” or making health claims in its marketing.

Such messaging, used in past campaigns for the original Vitaminwater line, spawned lawsuits charging the brand with deceptively positioning the beverages as healthy, despite its high sugar content. (A 2016 settlement of a suit brought by the Center for Science in the Public Interest barred further use of health claims and required that “with sweeteners” be added to the brand's front label.)

In contrast, Vitaminwater Active’s promise is simple and modest.  The Sorta-Fit Guy describes the product as “the drink that gives you the sports-level hydration you need to get a good workout.”

Vitaminwater also offers a Zero line, with no calories and no sugar, that is instead sweetened with erythritol and stevia.