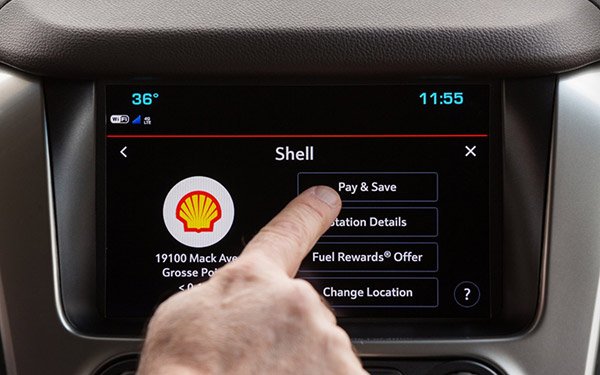 Chevy and Shell are working together so car owners can pay for gas from their dashboard.

This is hardly an end game, but a step in the right direction for connected cars.

In a video describing how it works, Rick Ruskin, senior manager of online commerce at Chevrolet, walks the viewer through the steps.

The Chevy he is in has stopped at a Shell gas station where Ruskin describes the feature that allows you to “pay for your fuel with a tap of the infotainment touchscreen.”

The system knows the location of the vehicles, as any good connected car should. Here’s what the process of paying for gas from a dashboard looks like, as described by Ruskin.

“As you can see, I didn’t touch my credit card or my cell phone,” says Ruskin.

Aside from this sounding like a "Saturday Night Live" skit about mobile-mobile payments, highlighting how it is much faster to pay by a traditional credit or debit card, this is progress.

As technology, sensors and communication speeds advance, some of the steps Ruskin shows will be totally automated. The car will know which pump it is at, which credit card is generally used and user identification will be automatically confirmed, both in the car and at the pump, without typing anything.

For now, new Chevy and other General Motors car owners can begin to dabble, establish accounts and at least start to get a feel for where connected cars are heading.

The smartphone is not part of that equation.