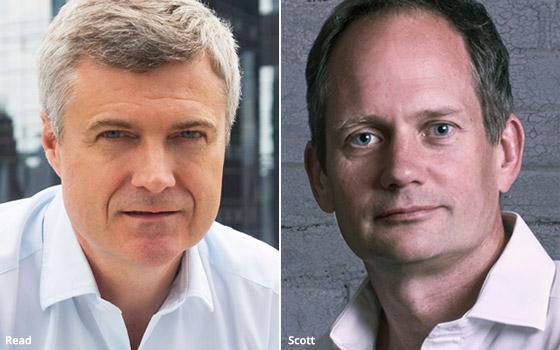 Coming off its worst year in a decade, WPP’s financial struggles continue. The holding company reported a decline in organic revenues (excluding pass-through costs) for the first quarter, including a 2.4% dip in North America.

By comparison, last week IPG posted a 3.6% gain in organic revenue, including a 2.6% gain in the U.S. The other major groups have also reported Q1 results.

The less-than-stellar results come amid turbulent times at WPP, as the search continues for its recently departed CEO Martin Sorrell and its biggest client, Ford, has put much of its $4 billion global advertising account in review.

That said, the first-quarter results were not unexpected. Brian Wieser, the Pivotal Research senior analyst, noted that he was expecting worse.

“WPP reported a better-than-expected company-wide result for 1Q 18 vs. our expectations of -1.5%, falling only -0.1% organically,” he wrote in a note to investors Monday morning. “WPP actually grew by +0.2% if we exclude the Kantar division, which fell -1.7% organically. On this basis, the company had its best quarter for growth since 1Q 17.”

The bigger issues for WPP, Wieser noted, include the CEO search and “asset pruning.”

Trimming the company’s investment portfolio, he said, “would also have positive implications if ‘hidden’ assets are turned into cash which can support investments into more visible growth. On the other hand, the absence of a permanent CEO will be negative if the current succession process drags out.” That’s especially true, he added, “if the Board pursues an outsider for the role (which may add to the time required for the succession and lead to additional management turnover within the business).”

Meanwhile, joint chief operating officers Mark Read and Andrew Scott issued a statement attempting to downplay the absence of Sorrell, noting the “strong leaders” in place at the operating company level -- leaders who “hold the primary client relationships. Clients have made it very clear they value their partners within WPP.”

The joint COOs said they were “taking a fresh look at our strategy,” in light of “structural industry shifts in our industry.” As part of that assessment, the pair stated that they would “address under-performing parts of our business and we need to ensure that our capital is deployed to those areas that will grow fastest and maximize shareholder value.”

Guidance for the year was relatively unchanged, with a forecast for basically flat performance.