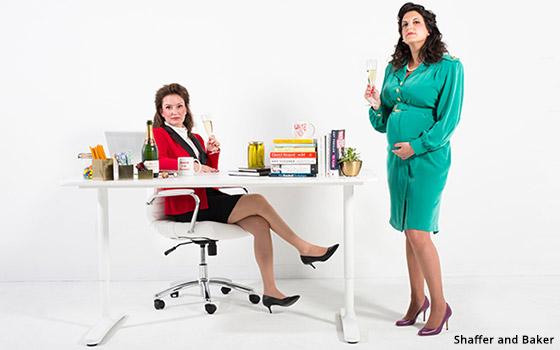 The creative team works as a partnership, previously working at GSD&M in Austin where they led the rebranding efforts of Southwest Airlines and created its “Transfarency” platform. They also worked for clients such as Walgreens and Northwestern Mutual as creative partners.

This is the first female ECD team for the New York office, which opened in February of last year.

Richmond-based Arts & Letters Creative Co., which opened its doors in November 2017, is appointing Danielle Flagg and Jed Grossman as executive creative directors. They will join founder, Charles Hodges, to oversee all creative strategy and execution for the growing agency and its clients.

Most recently, Flagg was ECD at MAL\FORGOOD and TWBA\Media Arts Lab leading work for Apple, Emerson Collective, Conservation International and The One Love Foundation, while Grossman departs B-Reel, NY, where he was managing creative director on Google, MTV and Facebook.

MERGE has named Laura Luckman Kelber as the agency's first managing director, strategy to work on all agency accounts and new business. MERGE was formed earlier this year when five independent agencies from Chicago, Boston and Atlanta joined in partnership under one umbrella. Since then, it has named Bob Bernstein as executive vice president, media director, and Troy Mastin as chief financial officer.

Pulp+Wire is naming Naomi Davidowitz as managing director to oversee the consumer-packaging, branding and marketing agency's key accounts as well as other business initiatives as the Maine-based agency seeks to raise its national profile.

Ed Brojerdi, the former CEO of ad agency kbs+ New York, is joining car buying app Fair as chief consumer officer to utilize his expertise across all of the company’s various silos—from product to marketing to design and beyond. Also Derek Callow is departing Tinder to join Fair as chief marketing officer.