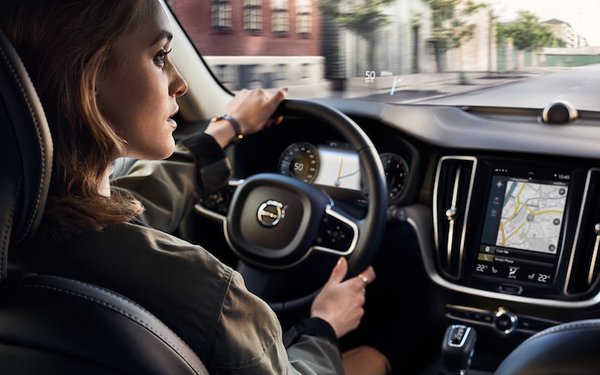 In a time when Americans are more stressed than ever, the desire to find serenity and calm amongst the chaos is on the rise, according to a new study from Volvo and Harris Poll.

Seventy-five percent of Americans are seeking more ways to find calm amid increasing stress and are looking in surprising places to find it. In fact, more Americans report finding serenity on their daily drive (20%) than while doing yoga (14%).

Volvo sought to better understand how commuting and traffic drive stress levels amongst Americans, and what factors might help drivers decompress and find their own personal sanctuary on the road.

“Stress levels are undoubtedly rising, and now more than ever, Americans are looking ways to rebalance and relax, particularly while driving,” said Jim Nichols, product and technology communications manager for Volvo Car USA in a release. “The daily commute is often the only ‘me time’ people get and Volvo has long believed it is best to maximize that time in a way that makes sense for drivers and passengers.”

The study, Volvo Reports: Finding Calm in the Commute, reveals that 94% of Americans believe serenity is important and 76% of working Americans have a stressful commute. However, 33% of them are searching for serenity during their daily commute.  Stress is amplified as drivers’ commutes lengthen, not just while driving, but also around juggling other life responsibilities.

Americans are willing to sacrifice for a calmer commute. One in four would give up social media for a month (24%) while one in five would stretch their budget to buy a more relaxing vehicle (15%). Eighty-four percent say they feel more relaxed in their own vehicles compared to using mass transit. And it’s not just drivers who are feeling the pain: 72% of passengers find the riding experience stressful.

Volvo, which strives to focus on human-centric design, offers a variety of meticulously crafted features that help provide a feeling of calm and relaxation for drivers, ranging from seats designed by orthopedic surgeons, to turn indicator sounds inspired by the snapping of birch twigs. The brand seeks to create a “Scandinavian Sanctuary” for drivers.

This survey was conducted online within the U.S. by Harris Poll on behalf of Volvo March 20-22, among 2,020 U.S. adults ages 18 and older, among whom 1,231 commute daily. This online survey is not based on a probability sample and therefore no esti¬mate of theoretical sampling error can be calculated.

This report is the second in a series of Volvo Reports from Volvo Car USA and Harris Poll designed to uncover insights into the American opinion across four core themes: design, safety, technology and environment.