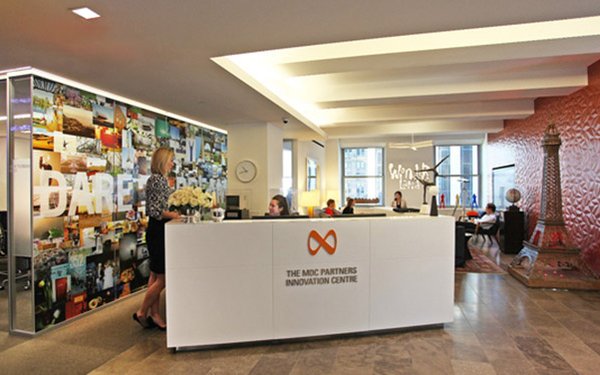 RBC Capital Markets analyst Steven Cahall has issued a somewhat negative analysis of the company, suggesting the fact that MDC is "now possibly facing the same woes as the bigger [holding company] peers will be quite problematic for investors given MDC's higher leverage and somewhat traumatic stock price history."

Cahall's conclusion is "that there was a possibility MDC was on its way out of the penalty box," after dealing with an SEC investigation and financial misdeeds by former CEO Miles Nadal. But now, he writes, MDC's "sentence just got extended."

Still, at least one analyst appears to be sticking by the network, for now, although the analyst -- BMO Capital's Dan Salmon -- lowered his target price for MDC to $10 from $13. He also lowered his 2018 organic revenue growth estimate for the firm to 2.5%.

"We still think outperformance is possible as the pipeline is active, but new wins are more likely to drive 2019 than 2018 at this stage," stated Salmon in his report to clients.

"Worth noting is that CEO Kaufmann emphasized the Board's duty to explore all avenues to increase shareholder value, although we won't speculate on the meaning. For now, we remain 'Outperform' due to the inherent value in MDCA's agencies, but recognize catalysts are challenging."

On Wednesday, MDC Partners reported that revenue in first-quarter 2018 was $327 million -- down from $344.7 million a year ago due to what the network said was a slow-moving new business pipeline and pullbacks from a few existing clients as well as the adoption of the new revenue recognition standard (ASC 606) that took effect at the beginning of the year.

It also lowered its organic growth guidance for the year, from 4% to between 1% and 3%.

There is speculation that MDC will sell one or more of its agencies, which include Anomaly, 72andSunny, and CP+B.