Maurice Levy Has Not Left The Building 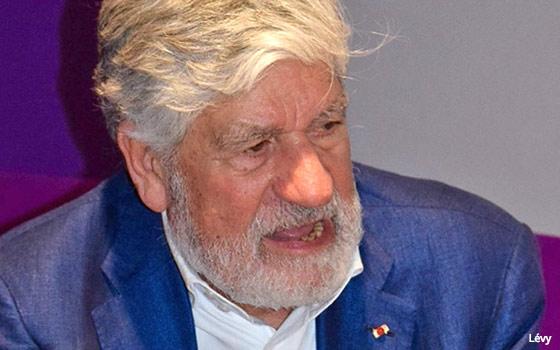 Despite stepping down as CEO of the Publicis Groupe last June, current chairman Maurice Lévy is still as active with day-to-day responsibilities as he was when he was the head honcho, spending "10 hours a day at the office," he told MediaPost during a one-on-one interview at VivaTech18.

"I am committed to helping [current CEO] Arthur," he says. "He needs me and uses me as a sounding board." Lévy makes clear "I am not making the decisions, but I give my opinion and help influence decisions."

Whenever there are projects or investments, this "sounding board" is just a few doors down from Sadoun.

"Publicis has been my life," underscoring the fact the Groupe has only had two CEOs in the past 90 years.
Still, he recognizes the importance of a smooth transition, something his rival shop WPP is currently struggling with.

Lévy believes holding companies need to be led by leaders who "understand this new world." It is critically important that leaders understand technology and the future of data, marketing and creativity. "They can come from creative, digital, media, or technology, but they need to understand the need of the clients."

After attending every Cannes since 1972 (except for one year), Lévy believes the Groupe's decision to stay away from this year's festivities was the right one.

"Cannes needs refocusing," he plainly states. Our absence will be good to help Cannes pivot back to its creative roots. "Cannes has become a trade fair dominated by Internet companies and tech platforms," he says, adding the Lions awards mean nothing when the same  commercial can win across 10 different categories.

Still, Lévy says he didn't advise Sadoun to make his boycott proclamation during the event last year. "I told him it would have been much better to do it a week before or week after," he amusingly states. "But he felt it was important to make a bold announcement."

Levy is sporting a new beard, which he says is the result of a lost bet. His friend had wagered a bet over whether something would or would not happen — he wouldn't disclose the wager. But instead of gifting his suggestion of massive quantities of Dom Perignon, his friend wanted him to grow a beard through the end of June. "And I am a man of my word," he says.