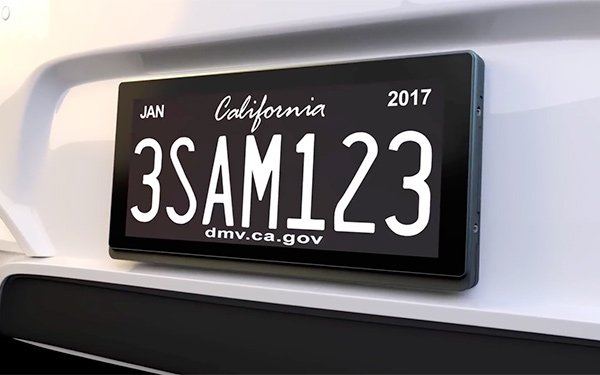 The city of Sacramento has installed digital license plates on some of its vehicles, turning the vehicles into carriers of multi-function digital displays.

The city has installed 24 of the plates on its fleet of Chevy Bolts and plans to install another 11 when it receives more of the vehicles, according to Reviver Auto, maker of the interactive plates called Rplate Pro.

“In a Home Depot parking lot, you could send ads that speak to what’s in a store,” Boston said last year.

“The Rplate Pro offers a host of capabilities that will not only help us better manage our fleet, but also will also serve a critical role in communicating with our residents,” stated Mark Stevens, city fleet manger in Sacramento. He said that the city would add digital plates as it adds more electric vehicles, which comply with the city’s sustainability requirements.

California was the first state to adopt the Rplate Pro, followed by legislation allowing the testing in Arizona, Texas, Florida and Washington State. The plate is actually a screen with protecive glass, as detailed in a company video.