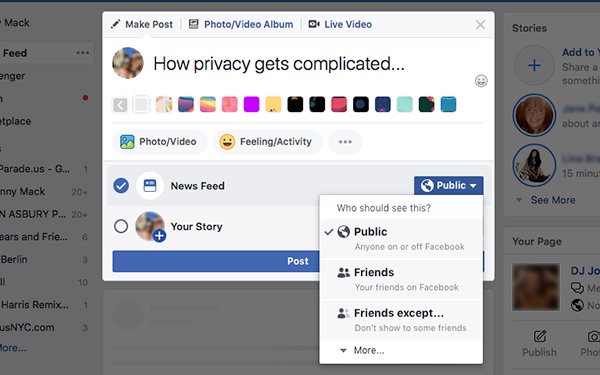 Due to what it is calling a “bug,” Facebook was forced to clean up another privacy snafu this week.

For about a week in late May, the social giant’s system automatically suggested that select users should publish their posts publicly. As has been misreported by several news outlets, Facebook did not automatically publish users' posts publicly, nor did the slip-up involve users’ private messages.

Still, Facebook put out a statement on Thursday in which it described the malfunction as a “significant mistake.”

In all, roughly 14 million users may have been affected by the malfunction, and Facebook says it is in the process of alerting each of them.

“This bug occurred as we were building a new way to share featured items on your profile, like a photo,” he said in a blog post. “Since these featured items are public, the suggested audience for all new posts -- not just these items -- was set to public.”

In general, each time someone shares something on Facebook, they are presented with an “audience selector” so they can decide who can see their post.

Just when critics seemed to be moving on from Facebook's Cambridge Analytica scandal, it was revealed that the company provided phone makers with access to massive amounts of user data.

Among more than 60 other companies, Facebook admitted to sharing user data with Huawei, a company closely connected to the Chinese government, which has been flagged by U.S. officials as a threat to national security.

In its defense, Facebook insists that partnerships with hardware makers are a common industry practice, while Facebook's integrations with Huawei and other Chinese companies were “controlled” from their inception.