PlayStation Wants You To 'Play Fearlessly' 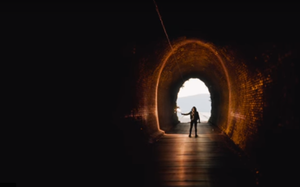 PlayStation launched its latest anthem ad earlier this week during the NBA finals. It’s all about fear, which, as we all know, can hold us back and make us doubt ourselves.

The ad is titled, “Play Fearlessly” and was directed by Academy Award nominee Garth Davis (Lion, Mary Magdalene, Top of the Lake). It’s part of the brand’s “Greatness Awaits” campaign.

The spot is said to represent a new approach for PlayStation, as it shows no specific game title and doesn’t spotlight a specific product. Rather, it relies on the emotion of the performances to get its message across.

In this anthem film, viewers are taken on an emotional journey by a girl who draws the line between the real world and the world of PlayStation. She has a secret that she reveals bits of throughout the film.

Have a look at the work here.