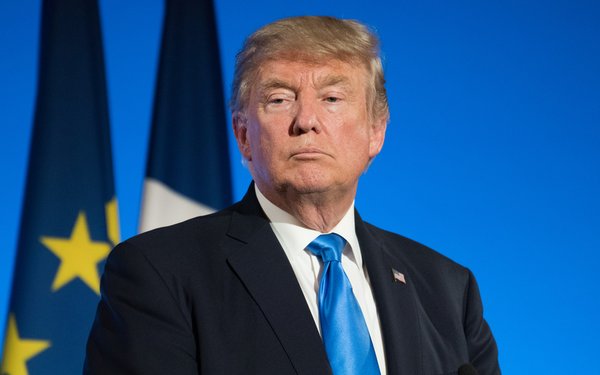 Presidential approval ratings can be a mystery. Given Donald Trump's daily TV exposure, such visibility should be factored into the metrics.

Presidential Trump’s approval ratings -- when looking at a collection of national polls compiled by FiveThirtyEight.com -- are now at 41.6%. In mid-December, these collective approval ratings were at their lowest: 36.4%. The ratings have grown slowly since.

Nate Silver, founder/editor in chief of FiveThirtyEight, has said that in tracking some 500 days in office: “Good or bad news for the president, almost nothing seems to change Americans’ views of Trump.”

Although Silver notes that Trump's numbers are at their highest, the overall range has been narrow, which means little movement. Of the 11 past presidents, only President Gerald Ford had a lower approval rating through his first 504 days: 41.6% for Trump; 39.3% for Ford.

It’s hard to compare decades of presidential news content and media -- especially since so much has changed with new media platforms.

One key area of growth has been nonstop 24/7 cable TV news networks. CNN, started in 1980, while Fox News Channel and MSNBC both debuted in 1996. Recent years have seen a heavy percentage of coverage devoted to political TV news content.

In the first quarter of this year, Fox News Channel led all cable TV networks in prime time and total day viewership at 2.5 million and 1.4 million viewers, respectively. MSNBC was at 1.9 million and 1.0 million -- good for second place in both categories. CNN came in at 985,000 and 713,000 (in 11th place and 7th place).

After steady increases in TV ratings for the first 18 months of the Trump Administration, there are now more mixed results. For example, in prime time for the first quarter, Fox was down 13%, while MSNBC was up 30% and CNN was down 17%.

In May, for prime time, Fox was up 6%, while MSNBC was down 2% and CNN was down 25%. (Some of May’s results were attributable to both TNT and ESPN's airing of the NBA Playoffs). The numbers also reflected some record-breaking results for news networks of a year ago.

At the same time, we have one recent poll from Pew Research Center showing that consumers are tiring of news around the possible Trump campaign involvement in Russia's manipulation of election-related data, and other controversial presidential-related issues.

So we have slightly higher presidential approval numbers, mixed TV news metrics, and higher overall news fatigue. Put all that into your more favorite algorithm -- and hit blend. Or crunch.