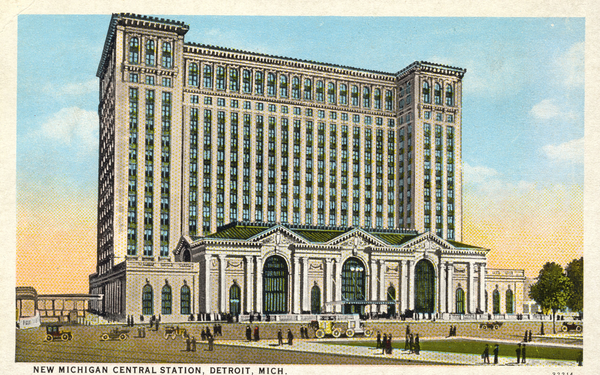 Although its headquarters have long been in nearby Dearborn, it’s not a stretch for Ford to return to the city. In the 1920s Henry Ford bought land near the station and made construction plans, but they fell victim to the Great Depression.

That’s the surface benefit, but there could be an even more widespread effect. There have been multiple studies that indicate Millennials expect companies to do good and they often base their purchases on companies they feel good about.

It’s a perfect opportunity for Ford to put some of the green practices it supports into the reconstruction. Tesla showed off a green building with eco-sensitive technology at the Los Angeles Auto Show last year and consumers flocked to it and the media wrote about it. Ford can certainly make a very large green statement of its own with this venture.