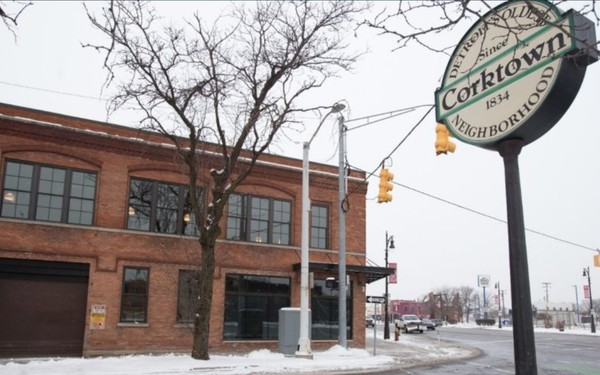 The automaker wants to be part of Detroit’s turnaround activities, Ford Executive Chairman Bill Ford told a gathering of journalists at the company’s annual media party Thursday evening. Furthermore, it makes sense to do the autonomous vehicle development in the type of urban environment where it is most likely to be first applied, he said.

Detroit Mayor Mike Duggan spoke at the gathering and said the city would welcome the 220 tech industry jobs.

“What better place for [Ford’s] most innovative and cutting-edge folks than in the City of Detroit,” Duggan said, noting that it had been a long time since Ford had brought jobs to the city.

The 45,000-square-foot space will bring together Ford teams that are creating new business models. It will be up and running early next year.

The Corktown location holds special meaning for Bill Ford, whose ancestors emigrated from County Cork, Ireland, to the Dearborn area years ago. Corktown, Detroit’s oldest neighborhood, derives its name from immigrants from County Cork who settled there.

The building was constructed in 1907, the year planning began on the Ford Model T at the nearby Piquette Avenue plant in Detroit.

“Returning to Detroit is particularly meaningful, because it is where my great-grandfather originally set out to pursue his passion and where we have always called our home,” Ford said. “We are planting a special piece of our company’s future in one of the city’s great neighborhoods, because we believe in Detroit, its people and what we can build together.”

The move is more than a relocation; it’s a strategic decision aligned with a mission. The company is committed to helping improve the entire system of transporting people and goods, especially in cities facing major challenges such as congestion, pollution, accidents and other transportation issues that affect everything from productivity to quality of life.

The team in Corktown will be led by Sherif Marakby, Ford vice president of autonomous vehicles and electrification. Marakby is a Ford veteran who first joined the company in 1990, leaving briefly for a stint in Silicon Valley.

Ford’s autonomous vehicle business is built around deploying self-driving vehicles in partnership with leading companies that serve the movement of both people and goods. Working with these partners, such as Lyft and Domino’s Pizza, Ford is conducting research and building out the infrastructure that will help in determining the design of the self-driving vehicle and the customer experience it will enable.