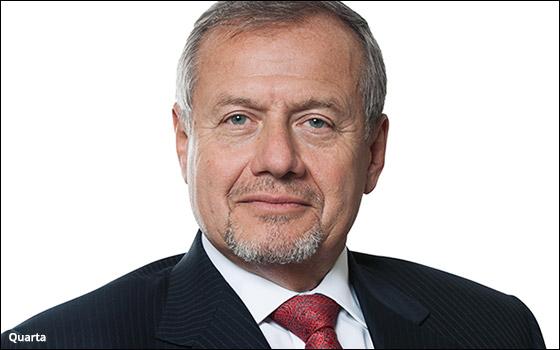 It appears that the big WPP shareholder revolt predicted by some heading into today’s annual meeting didn’t have much voltage.

Cries for the ouster of Roberto Quarta in the weeks leading up to the meeting fell largely on deaf ears once the voting began. The official tally wasn’t in at deadline, but the UK’s Guardian reporting live during the meeting indicated that Quarta received strong support — over 83% of  all votes including abstentions.

The still-born movement to oust him was triggered by resentment toward the secretive way that the company’s board handled the departure of former CEO Martin Sorrell. However, in the last week, many details have been reported in the press, albeit not officially confirmed by the company.

In the past, Quarta had said simply that the firm was not required to provide details and therefore would not. At the meeting today, he told shareholders that data protection and privacy laws proscribed the firm from divulging details.

Some feathers were ruffled by the fact that Sorrell will get a full payout per his exit package and reap around $25 million in share options over the next five years. About a third of shareholders voted against the firm’s executive compensation program as a result.

The Guardianquoted Quarta at the meeting saying that the company had no choice but to honor the exit deal given that legally speaking, the ex-boss was not “grossly negligent,” and therefore entitled to the payments.

There were reports in the days leading up to the meeting that the board investigation that led to Sorrell’s departure in April was sparked by allegations that he visited a prostitute in London last June, but the probe apparently found no evidence that the rendezvous was subsidized with company funds.

Whistleblowers also reportedly complained that Sorrell was extremely abusive (in a verbal sense) to numerous employees, but the mercurial behavior also did not constitute gross negligence.

The Guardian also reported that Quarta reiterated Co-Chief Operating Officer Mark Read’s announcement via memo Tuesday that the holding company and its operating units would review code of conduct and related policies in the wake of disclosures about Sorrell’s abusive behavior.

Like Read, Quarta said everyone at the firm deserves to be treated with respect -- adding, per the Guardian, “which really ought to go without saying.”

Separately, the company issued a trading update for the first four months of the year. Quarta said that organic growth was “up marginally” through that period versus the first quarter, when growth declined by 0.1%.

North America continues to be the weakest-performing region — down 2.4% (in line with Q1). Advertising, data investment management (research) and some brand consulting units were laggards and partly offset by what the company described as “strong growth” at GroupM as well as at the firm’s health & wellness and specialist communications businesses.