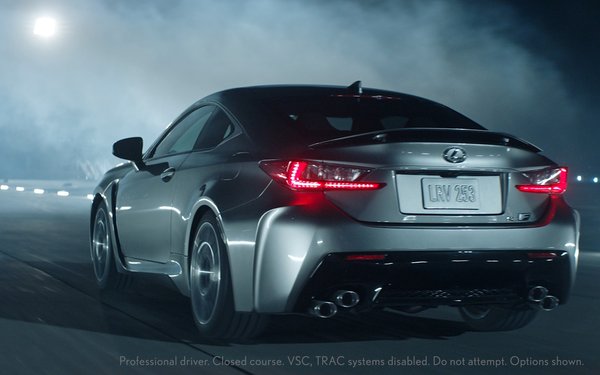 Lexus is launching two efforts that focus on what makes it a premium brand.

A new campaign from AOR Team One gives a peek behind the scenes at the Lexus Motomachi and Tahara factories. “Performance, Crafted to the Extreme” features the LC 500, RC F and GS F from production to pavement, showing how high-tech assembly coupled with Takumi mastery yields extreme exhilaration on the road.

“At Lexus, we believe craft is measured not only by product quality, but also by the quality of the emotions it evokes,” said Cooper Ericksen, Lexus vice president of marketing, in a release. “Takumi is the highest honor within Lexus’ engineering ranks — from extensive track testing, to titanium engine components, to aerodynamically sculpted bodies, painstaking attention to detail is paid to each of Lexus’ high-performance vehicles.”

Created to be the best, these high-performance vehicles are especially thrilling when driven by the best. Hollywood stunt driver Rhys Millen is behind the wheel in two 30-second spots: “Crafted Extremes” and “Extreme Measures” as well as the 60-second “Crafted Extremes — Extended Cut.” The production crew received unfettered access to Lexus’ factories, which are normally off-limits.

The campaign’s spots and videos offer a rare glimpse behind the scenes at Lexus’ Motomachi and Tahara factories, where the Lexus LC 500, RC F and GS F are built using the extreme measures by Takumi.

Among the 7,700 workers at the Miyata Lexus Plant in Kyushi, there are just 19 Takumi. Positioned as team leaders, they preserve Lexus traditions and pass on valuable skills and processes, making certain every aspect of each Lexus vehicle is flawless.

The campaign’s TV spots will air during network and cable sports including the U.S. Open, in addition to prime time, late night and cable programming. Additional elements include digital and social, print ads in consumer and enthusiast titles such as GQ, Fortune, Esquire and Road and Track, out of home and point of sale. In a first for Lexus, the high-performance ads will appear on the Kennedy International and Dallas-Fort Worth airports’ digital billboards, as well as unique locations such as high-end health clubs and elevators.

The automaker also seeks to connect with luxury intenders via its sponsorship of the 2018 U.S. Open Championship. The brand returns as official vehicle of the USGA for the 12th consecutive year.

The Lexus Performance Experience provides interactive activities for all attendees throughout the weekend. With the “Lexus VR Experience,” fans have the opportunity to be virtually transported into the seat of a Lexus RC F 467-horsepower sports car while a world champion racecar driver aggressively speeds them around a racetrack.

Attendees are also invited to try their skill with the Lexus Hole-in-One Challenge. The fan that sinks the ball will win a two-year lease on a 2018 RX 350L – the automaker’s best-selling SUV. Additional activities include the “Putt Like a Pro” simulation, photo opportunities with the U.S. Open Trophy, and autograph sessions with Lexus Golf Ambassadors Jason Day, Patrick Cantlay and Charles Howell III, among others.

Over the course of the Championship, Lexus will provide almost 350 courtesy vehicles to players and officials. Several Lexus vehicles will be displayed throughout the grounds, including the all-new 2019 ES and UX near the course and the 2018 LS 500 F Sport and LC 500 Inspiration Series in the Lexus Performance Experience.