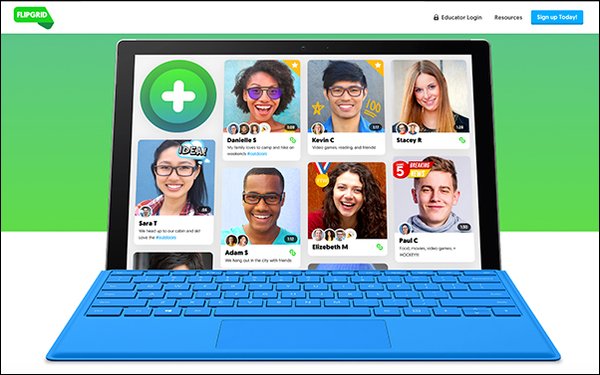 Spanning 180 countries around the world, Flipgrid boasts a community of more than 20 million students and teachers who use its platform for video-based discussions.

That’s an impressive figure, considering that Flipgrid was founded in 2015 and it has so far operated as a paid subscription service. To accelerate Flipgrid’s growth, Microsoft plans to give away the service to schools and refund existing subscribers on a prorated basis.

With the deal, Microsoft is hoping to strengthen its ties with educators and students worldwide.

“Building communities around learning is more important than ever,” Microsoft CEO Satya Nadella said in a video statement released on Monday.

“The way people interact, socialize and work are rapidly changing,” Nadella explained. “Equipping students with the skills they need to thrive in this future will require an engaged community made up of dedicated administrators, great teachers, motivated students and involved parents.”

Flipgrid is part of Nadella’s grand vision of the future of education. As a Microsoft unit, Flipgrid will continue to be available across a range of platforms, including Google services.

For Microsoft and Flipgrid, the acquisition builds on a partnership that goes back to 2016.

Microsoft isn’t the only tech giant trying to adapt to changing educational marketplace.

Among other related efforts, Apple recently unveiled a new homework app for students. Dubbed Schoolwork, the app promises to make the process of assigning, collecting and grading homework easier, as well as make the actual assignments more engaging with multimedia and other add-ons.

Schoolwork was designed to build on the success of Apple’s Classroom app, which helps integrate iPad into the classroom.