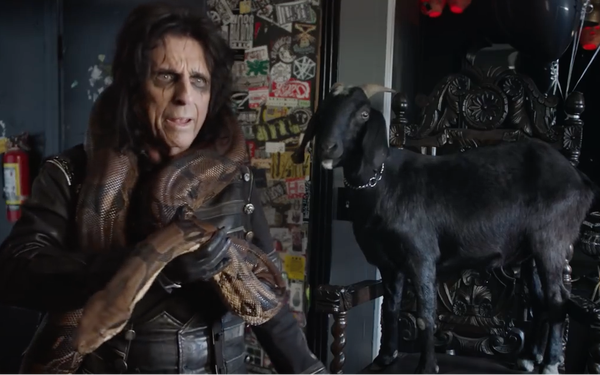 Fiat Chrysler Automobiles is launching campaigns across its portfolio of brands featuring its partnership with Apple Music, which began in May.

Ads for Chrysler, Dodge, Jeep, Ram and Fiat channels that feature artists such as OneRepublic and Alice Cooper highlight the Apple experience available in FCA vehicles. The full campaign launched today on social and digital and will launch on TV beginning July 2. FCA held a press conference in Los Angeles today to unveil the spots.

The campaign features 10 music artists across multiple labels, including a Jeep brand collaboration with OneRepublic, which launches its sixth Summer of Jeep campaign, in tandem with the release of OneRepublic's brand new song "Connection."

Alice Cooper stars in a campaign for Dodge, the Brothers Osborne appear in the Ram brand campaign and the new DeJ Loaf & Leon Bridges track "Liberated" is featured in new Fiat brand online spots. Additionally, actress Kathryn Hahn stars in new videos, including "Girls Night Out" for the Chrysler Pacifica.

Starting last month, FCA has been offering customers in the U.S. and Canada an Apple experience in their cars, which includes up to six months free of Apple Music with the purchase of any new Chrysler, Dodge, Fiat, Jeep or Ram vehicle with standard CarPlay support. With Apple CarPlay, FCA customers can listen to music, make calls, send and receive messages, play audiobooks and podcasts and get directions optimized for traffic conditions. Playlists curated by participating artists in FCA's summer advertising campaign are now available exclusively on Apple Music.

Dodge and rock legend (and Detroit native) Alice Cooper provide high-octane fun with two 60-second videos titled "The Rider" and featuring song "Under My Wheels." In "The Rider," viewers see an assistant navigating his Dodge Durango through streets as he uses CarPlay features, including voice-activated Siri commands and Maps, to help him collect everything from black nail polish to balloons to a boa constrictor. Dodge | Curated Playlist – Alice Cooper is available now exclusively on Apple Music.

"Support the Port | Brothers Osborne" features "While You Still Can.” Ram and Grammy-nominated Brothers Osborne joined to give back to the community of Port Saint Joe (Florida) and decided to name the album after it. Combining Brothers Osborne's desire to give back to the residents and Ram Truck's "Built To Serve" ethos, the video (featuring the new track "While You Still Can") features Brothers Osborne and the Ram brand repairing the theatre, and the band giving a special performance on its site for the residents. Ram | Curated Playlist – Dave Cobb (Grammy-winning music producer known for producing the work of such country acts as Chris Stapleton, Zac Brown Band and Sturgill Simpson) is available now exclusively on Apple Music.

“We tried to innovate in the way we use music,” Francois told Marketing Daily in an exclusive interview during the New York auto show. “The pitch was, we wanted to connect Jeep with Millennials. This is a tough crowd and for them, the mere product or feature or price message is not enough to be legit. You won’t connect with just an ad. So we came up with this music-based campaign and, yes, it helped us to be legit.”

Francois said music is a good tool to boost engagement and relevance.

“Apple Experience is about having a best-in-class value proposition when it comes to our infotainment offer,” Francois said.

But there’s more to it than simply using music in an ad, he said.