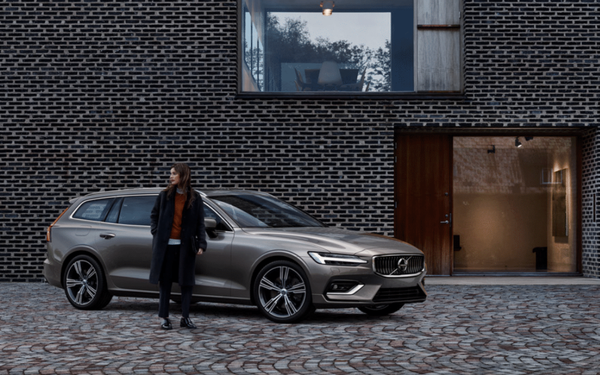 While having a lot of possessions was once seen as a signal of wealth and status, Americans are now overwhelmingly looking to declutter and simplify their lives as part of a new era in modern luxury.

That’s according to “Volvo Reports: Decluttering the State of Luxury,” a report from Volvo and The Harris Poll.

The study uncovered some intriguing shifts in how Americans perceive luxury and design, and how the category is pivoting away from extravagance and expense and more toward a decluttered, minimalist model. Notably, 9 in 10 Americans expressed feeling better when the spaces in their life are decluttered.

While extravagance, brand name and price were previously thought of as key drivers, more than two-thirds (68%) of those polled now believe that “less is more” when it comes to modern luxury. This new definition is impacting their purchase volumes and frequency: 74% say it’s better to spend more on high-quality products, in order to buy less overall. This is especially true for Americans with a household income over $100,000 (82%).

The study revealed that 88% feel modern luxury should be both beautiful and highly functional and 61% agree that Scandinavian design is a sign of modern luxury. Compared to 10 years ago, modern luxury is more inclusive and transparent (64%), minimalistic (63%). The top three traits of a modern luxury or service are quality (70%), authenticity (39%), personalization (35%).

It comes as no surprise then that quality is identified as the most important trait of a modern luxury product or service (70%), while new values of authenticity (39%) and personalization (35%) are also becoming increasingly important, surpassing traditional elements associated with luxury-like indulgence (29%) and rarity (20%).

Volvo’s design philosophy aligns strongly with these changing perceptions of the luxury space, borne from its Scandinavian design roots to create a comfortable driving experience free from excess and crafted to suit the needs of drivers and passengers, according to the automaker. Whether interior design, technology or storage, Volvo seeks to find the ideal balance between functionality and luxury in every vehicle, the automaker stated.

As for decluttering,  82% of Americans believe people have too much stuff and 84% of vehicle owners feel this way. A whopping 91% say they feel better when their homes and vehicles are decluttered and simplified. Sixty percent of Millennials say their lives feel more cluttered than they did 10 years ago and 62% of parents wish to declutter their cars more than other spaces compared to 37% of non-parents.

This report is the third in a series of Volvo Reports from Volvo Car USA and The Harris Poll designed to uncover insights into the American opinion across four core themes: design, safety, technology and environment. Last month’s report focused on “Finding Calm In The Commute.”

This survey was conducted online within the United States from April 26 to May 1 among 2,014 U.S. adults ages 18 and older. This online survey is not based on a  probability sample and therefore no estimate of theoretical sampling error can be calculated.