Sinclair Looking To Create A STIRR 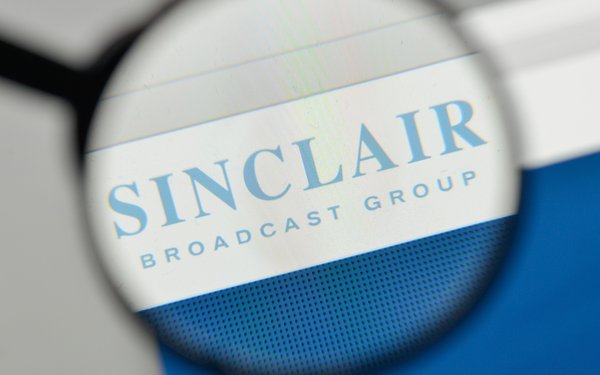 Sinclair Broadcast Group, the owner of local conservative TV stations across the country, is developing a new streaming video service called STIRR, a source familiar with the plans confirms to Digital News Daily.

Details of what type of content the service will include remain uncertain, but BuzzFeed News reports that it could become the home of a possible competitor to Fox News in the conservative news and opinion space.

Sinclair is in the process of buying the local stations owned by Tribune Media, and with that purchase have come rumors that Sinclair -- which forces its local stations to air “must-run” conservative commentary segments -- has ambitions of taking on the leader in conservative opinion content.

Fox News, for its part, is launching its own streaming service later this year, Fox Nation, which will focus exclusively on commentary, with an emphasis on younger conservative voices like Tomi Lahren.

Sinclair has taken meetings with current and former Fox News personalities, Digital News Daily has confirmed, but it was not clear whether the company intends to form some sort of TV block for conservative programming (either on its local TV stations or on a cable channel like WGN America) or a streaming service.

Launching on TV would present challenges -- namely, the existing carriage agreements that WGN America has as a general entertainment channel, and the programming commitments on the local stations -- but launching a streaming service would present no such issues. The price to launch would be cheaper, and could get off the ground faster.

Sinclair appears to be moving quickly. The company filed a trademark for STIRR in late April, and secured the domain STIRR.com in May, according to public records. BuzzFeed reports that it is on track to launch this year.

Whether it makes an, er, stir in the world of conservative media is another question altogether.