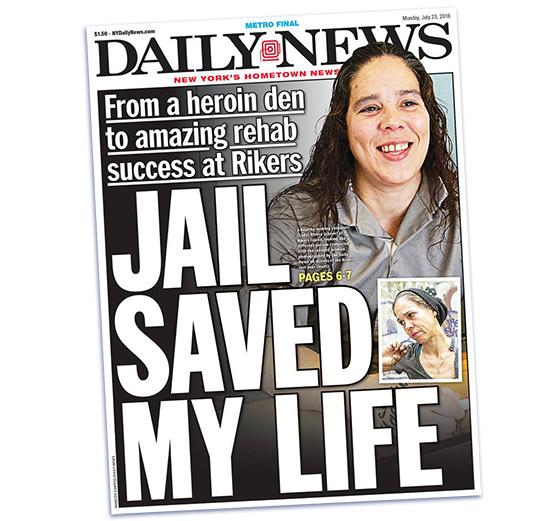 The New York Daily News will let go of half its staff, a year after the nearly 100-year-old tabloid publication, known for its splashy front pages, was acquired by Chicago-based publisher Tronc.

“We are fundamentally restructuring the Daily News,” reads an email from Tronc to Daily News staff, obtained by multiple media outlets.

“We are reducing today the size of the editorial team by approximately 50%t and refocusing much of our talent on breaking news — especially in areas of crime, civil justice and public responsibility.”

The paper has about 85 newsroom employees, according to the New York Post.

“The decisions being announced today reflect the realities of our business and the need to adapt an ever-changing media environment,” the email continues. “They are not a reflection on the significant talent that is leaving today.”

While traffic grew slightly in March, audiences fell by nearly 9 million to 14.3 million from April to May 2018.

Daily News editor-in-chief Jim Rich and managing editor Kristen Lee will leave the publication. (Rich’s Twitter bio reads: “Just a guy sitting at home watching journalism being choked into extinction.” His latest tweet: “If you hate democracy and think local governments should operate unchecked and in the dark, then today is a good day for you.”)

While the Daily News will undergo a dramatic and devastating cut, significant layoffs at newspapers are occurring frequently. They are covered at least a few times a month — keep your eye on Fusion Media Group.

Pew Research Center just released a new study that found at least 36% of the largest newspapers across the U.S. experienced layoffs between January 2017 and April 2018.

Larger newspapers — those with a circulation of at least 250,000 — were more likely than smaller-circulation newspapers to have experienced layoffs during that time period. Nine of the 16 newspapers with circulations of 250,000 or more (56%) had layoffs.

Staff reductions can also come as large hedge fund companies buy out local newspapers and try to cut costs by slimming down the numbers on its payroll: just look at the controversy around The Denver Post  and the DNAinfo and Gothamist drama as an example.

But it also happens to digital outlets scaling back bloated newsrooms; there is not enough revenue made through digital advertising to support its staff.

Tronc newspapers have been burdened with recent changes. In March, its flagship publication, the Chicago Tribune, went through a round of layoffs. Tronc also sold the Los Angeles Times after the company fired its editor-in-chief, Lewis D’Vorkin, and cut staff as its newsroom unionized.