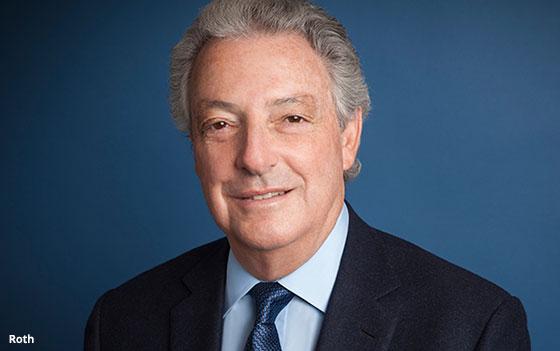 Interpublic Group posted a 6.2% net revenue gain in the second quarter to $1.95 billion. Operating income for the period was up 10% to $249.2 million.

Organic revenue growth, a key industry metric which strips out the impact of sales, acquisitions and currency fluctuations, was 5.6% for the second quarter. That was significantly higher than the two other major holding companies that have so far reported Q2 results. Last week Omnicom reported 2% organic growth for the period and Publicis Groupe reported an organic revenue decline of 2.1%.

IPG’s stock got a slight boost early Tuesday as Wall Street responded well to the company’s positive Q2 report. The stock was up more than 1% in early trading.

For the first half the holding company’s organic growth was 4.7% overall with a 4.5% gain in the U.S. and a 5.1% increase internationally.

The company said it was increasing its full-year target for organic growth to between 4% and 4.5%. That’s up from guidance earlier in the year 2-3% growth.

IPG CEO Michael Roth stated in a Tuesday morning call with analysts that, “We are extremely pleased with our performance this quarter,” adding that growth was led by both media and creative agencies with contributions from digital services, PR, event and sports marketing. “This breadth highlights the competiveness of our offerings,” Roth added.

In addition to a number of client wins, Roth noted that spending among its top-20 clients rose a bit in the quarter after several quarters of level spending. “It hasn’t come back to where it was a year or two ago, but still it’s coming back,” he said. “And we see more opportunity” going forward. He also noted that consumer packaged goods clients spent more—a marked change from the recent past.

Roth gave a shout out to numerous agencies, noting for example Initiative’s two recent global wins—Converse and Revlon, while UM expanded its business with Nestle and McCann added Godiva and L’Oreal Paris. On the “risk-side” he noted the ongoing review with the U.S. Army, now a McCann client.

The IPG chief also provided some added detail on integrating data management giant Acxiom Marketing Services once that acquisition closes, which is currently expected in the fourth quarter.

“Our plan post integration,” he said, is to “triage opportunities, starting with business synergies at our programmatic and media operations, and moving out deeper into the organization from there. This roll-out will be a key part of our planning with the management team at Acxiom as well as at our own agencies over the coming months.”

More broadly Roth asserted that “In the contemporary environment, managing data at scale has become an essential part” of an agency’s client offering, making Acxiom a game-changing acquisition for the firm. “This service makes us smarter – and more neutral, if anything -- in how we advise clients, conduct planning and set strategy.”

And he pointedly made a distinction between owning data and owning media for resale to clients. “Taking inventory media positions rightly impacts trust,” he said. “We remain agnostic to media and to data.”

Instead, he added, “by owning a technology company that is known for helping highly regulated industries manage the personal information of millions of customers in a safe and secure way, IPG will be able to provide a unique and high-value service to our clients that unifies information security, first-party data management, with marketing solutions.”

This story has been updated with input from IPG officials on an investor conference call.