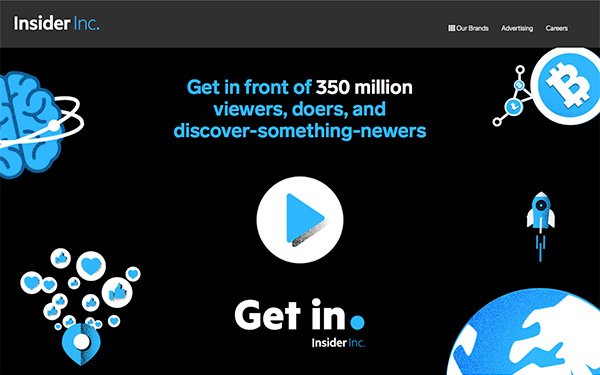 As digital publishing becomes more refined — how to catch and keep audiences, what content works best for which platforms — so does its efforts to attract the most lucrative advertising to match its demographic.

As it continues its campaign as a digital front-runner, Insider Inc.— Business Insider’s newish corporate identity — is partnering with Nielsen to make its audience numbers even more accurate by applying Nielsen’s Digital Content Ratings (DCR) to its portfolio of more than a dozen Business Insider editions and Insider.

In a post on Insider Inc.’s website, the company explained the rational behind its decision to partner with Nielsen. As users reach content across a range of devices, an outlet’s ability to measure its audience accurately has become increasingly difficult.

Unique visitors (UVs), which have been the golden standard when assessing audience numbers, were useful when most readers were accessing a site from a desktop computer. However, they have become less so with the introduction of mobile devices, for example.

The growth of OTT video viewing has added an additional level of confusion to the mix, the post adds.

Through the use of DCR, Insider Inc. discovered its audience was actually larger than previously believed when the numbers came from other audience measurement tools.

The company will use the numbers gained from its partnership with Nielsen to connect advertisers with a brand-friendly environment, offering them a clear path to a digital-native audience at scale.

Insider Inc. produces approximately a dozen shows on Facebook Watch and will launch Insider TV, the company’s first OTT offering, this fall, which will be bolstered by the new measurement system.