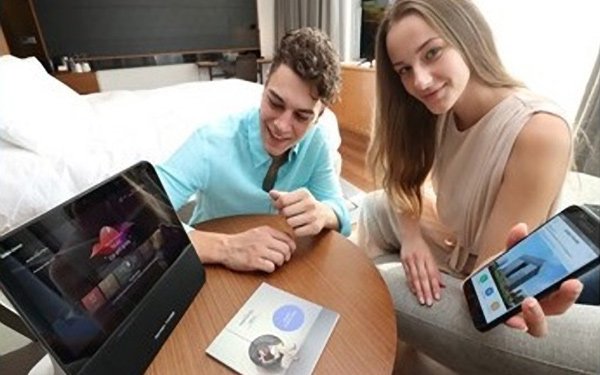 More hotels around the world are getting smart, in-room technologies.

After chronicling Hilton’s move to high tech rooms here yesterday, KT Corp., the largest telecommunications company in South Korea, contacted me to let me know of some new innovations on that front.

KT is pioneering artificial technology for hotel room use in various hotel chains. KT has partnered with global hotel chains Marriott, Hyatt and Accor, with plans to open three more AI-assisted room services by 2022, the company told me.

"We have created a hotel with an entirely innovative concept by converging KT's latest technologies and luxury hotel service," said KT Estate CEO Choi Il-Sung. "At our AI hotel, people can experience new services that cannot be found at any other hotels around the world."

The AI platform is called GiGa Genie Hotel, essentially a customized version of GiGa Genie, the AI-powered smart home media hub developed by KT last year. The hub, which has more than 1 million subscribers, is a voice-activated platform allowing users to see what they command on touch screen devices or TV screens in Korean or English.

GiGa Genie Hotel is a voice-recognizing infotainment system that can control lights, room temperature and TV and order toiletries and other supplies by voice. Commands can be accepted in Korean or English, with additional languages planned for later.

In addition to the hospital services, the system also applies AI-based smart building management, including an intelligent video security and image analysis service, and detects intrusions in real time, both inside and outside the building.

Hotel rooms are getting smart.