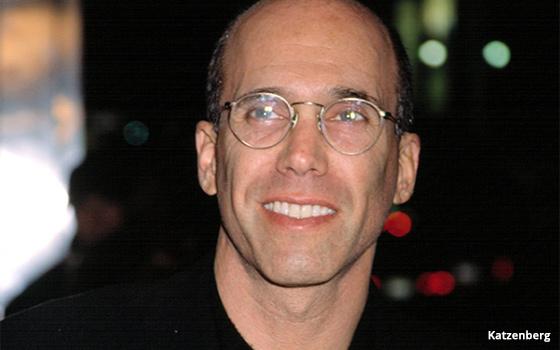 NewTV, the mobile-first streaming video service in development from Jeffrey Katzenberg’s WndrCo, wants to combine the “best of Silicon Valley and Hollywood.” It has formally closed its first $1 billion funding round.

It’s been rumored to be in the works for the past few weeks, but a statement from the company Tuesday morning confirmed the news.

The biggest news from the official announcement: Every Hollywood studio is on board and is providing funding for the company. Disney, 21st Century Fox, NBCUniversal. Viacom, MGM, Lionsgate, Sony, ITV and Warner Media will join lead investor Madrone Capital, along with Alibaba, JPMorgan Chase and Goldman Sachs.

Katzenberg and NewTV CEO Meg Whitman have remained tight-lipped about the project, though on Tuesday, they pulled back the curtain somewhat on they have planned.

For starters, NewTV remains a placeholder name. An official name for the company will be released in the next few months. The service itself is expected to go live in late 2019.

The company confirmed that its goal is to produce mobile-first content comparable in quality and scale to traditional TV shows and movies.

“More so than ever, people want easy access to the highest quality entertainment that fits perfectly into their busy, on-the-go lifestyles,” stated Whitman. She added the service would give consumers "a user-friendly platform, built for mobile, that delivers the best stories, created by the world’s top talent.”

Katzenberg told Variety he doesn’t believe his service will really compete with Hulu or Netflix, arguing that the mobile-first nature is differentiated. NewTV will produce scripted and unscripted fare, but no live TV.

NewTV will have a subscription offering. It isn’t yet clear whether it will also include sponsorship or advertising.

Other companies have tried to build short-form video companies, but few have succeeded. None have launched with NewTV's ambition or monies.