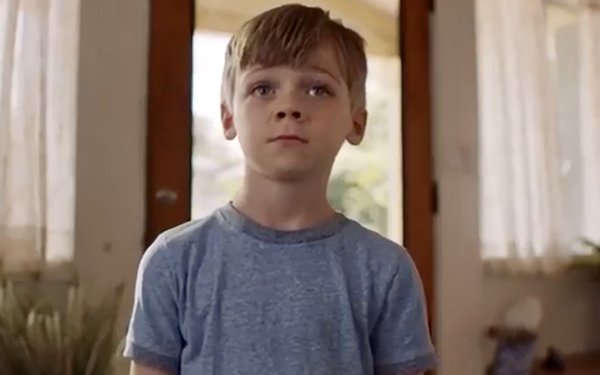 The Ad Council is hoping the advertising industry will help make the term “family fire” part of the vernacular to end gun violence. n the same way  “designated driver” and “secondhand smoke” have become embedded in the nation’s collective consciousness. The ideas helped change behavior and save millions of lives.

The new “End Family Fire” campaign represents the first time the nonprofit has teamed with the Brady Center to Prevent Gun Violence to raise awareness about kids being injured by unsecured firearms.

The creative — developed pro-bono by Droga5 — features a cute young boy citing gun facts during a talk with his dad as the father slowly realizes his so-called hidden gun is actually accessible to his wise-beyond-his-years child.

The campaign has been strategically designed to reach a diverse mix of families by representing several races/ethnicities across the various media channels. The PSA features a white family, while print ads will showcase an African-American girl and Hispanic boy.

All audiences are directed to the EndFamilyFire.org website for additional resources, including tips for safe storage and home protection alternatives.

These messages appear nationally as part of the Ad Council's donated media commitments, including online platforms Bustle Media Group, Refinery29 and Upworthy, as well as broadcast partners, such as Fox Networks Group.

End Family Fire has garnered support from what the Ad Council and the Brady Center call one of their "broadest coalitions" ever assembled that includes Veterans for Gun Reform, National Parent Teacher Association, Doctors for America, the American Psychological Association, and Grace Cathedral, as well as social-media influencers and celebrities.

For its part, Droga5 worked hard to neutralize a polarizing topic to ensure a wide reception, says Duncan Marshall, Founding Partner, Droga5. "We didn’t anticipate the visceral, negative feelings people would have toward seemingly neutral phrases, such as 'gun safety' or 'victims," he says. "The difficulty we had in conducting discussions about the issue and the long list of phrases we realized could close people off to our message helped lead to our family fire strategy."

The campaign's launch date — today — coincides with the key statistic that eight children are unintentionally killed or injured every day by an unsecured gun.