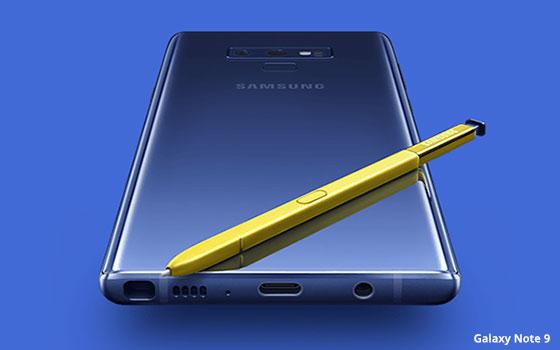 The money involved in the Internet of Things just doesn’t seem to stop.

Apple has been kind of pushing if not setting the pricing bar, with the latest iPhone X in the $1,000 and above range. Today Samsung followed suit, with its new Samsung Note 9 at the same price level of the iPhone X.

The real hit to consumers came when U.S. carriers stopped subsidizing the hardware costs and consumers started to deal with the actual cost of hardware. Of course, carriers are interested in keeping their business, so they promote deals, such as $35 a month for 24 months, thereby solidifying a buyer into their cellular service, at least for the payback period.

The new, long-anticipated Samsung Galaxy Note 9 introduced today does come with added features, including longer battery life, more storage options, faster speeds and various camera enhancements, such as a scene optimizer, a flaw detection feature that lets the person know if something’s wrong in a photo just taken, such as the subject blinked.

Samsung also introduced the Galaxy Watch today, a waterproof device with several days of battery life per charge. Smartwatches lead in wearables these days, and Apple leads in smartwatches. Samsung’s new watch is a departure from the Gear branding label and is focused on health and fitness. The watch includes a stress management tracker, heart rate tracker and sleep monitors.

Smartwatches have been the recent driver of sales for fitness tracker pioneer Fitbit. Like other leading smartwatch models, the Samsung line will sell within the $325 to $400 range.

Despite all of the money that will start to change hands between consumers for Samsung’s new gear, the much bigger money transfer was stated in an announcement by Samsung earlier this week (Samsung To Spend $22 Billion On AI, Auto Tech, 5G).

Viewing a $22 billion investment in the IoT future helps put in context the $1,000 personal outlay required for a new smartphone. There's plenty of money involved at both ends of the Internet of Things.